Home News Alex Salmond says there is “no doubt” that Nicola Sturgeon broke the... 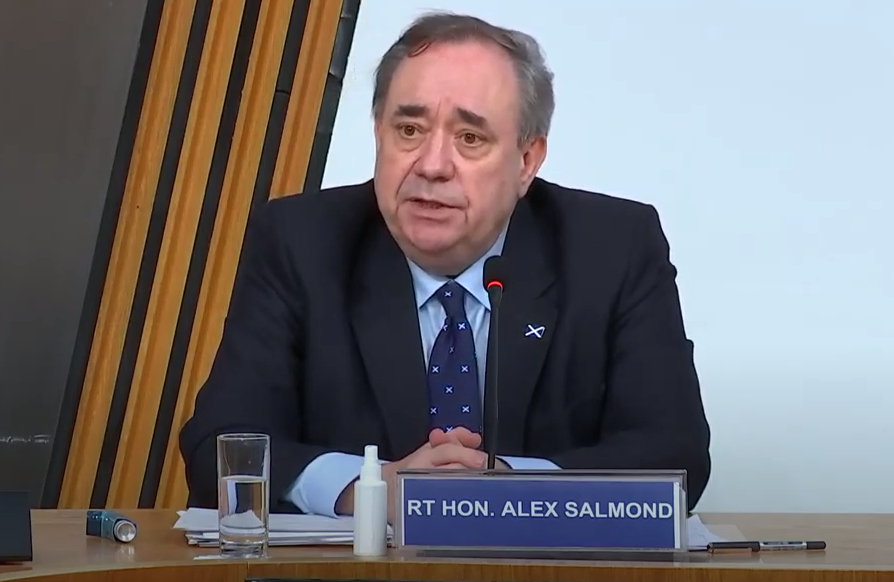 The First Minister of Scotland, Alex Salmond, spoke at a Scottish Parliamentary inquiry on Friday to give his account of meetings he had held with Ms Sturgeon. This account appeared to significantly contradict the version of events given by Ms Sturgeon.

He also stated that it was not up to him to dictate whether Ms Sturgeon should resign if she was found to have violated the code.

Ms Sturgeon denies breaching the code, and has made accusations that Mr Salmond is creating “wild” conspiracy theories that are untrue.

Ms Sturgeon’s spokesman said Mr Salmond had failed to prove his allegations in his evidence to the Committee, and “also gave testimony which directly undermined some of the central planks of his conspiracy theories”.

The inquiry is examining the Scottish Government’s botched handling of false harassment allegations against Mr Salmond.

The Scottish Government admitted it had acted unlawfully during the investigation into the initial complaints from two female civil servants, after Mr Salmond launched a judicial review case, and had to pay his legal fees of more than £500,000.

Mr Salmond was arrested two weeks after the Scottish Government admitted defeat in the civil case, and was later cleared of 13 charges of sexual assault against a total of nine women after a trial at the High Court last year.

He has previously accused several individuals close to Ms Sturgeon – who succeeded him both first minister and SNP leader – of plotting against him, and has named Ms Sturgeon’s husband, Chief Executive of the SNP Peter Murrell, as one of them.

Mr Salmond told the Committee that he had been given a memory stick in the build-up to his criminal trial that contained messages which involved “pressuring police”, “collusion of witnesses” and “construction of evidence because police were felt to be inadequate in finding it themselves”.

He said he would “dearly love to provide” more details about the messages, but was unable to do so because he was “under an injunction” that could see him prosecuted for revealing evidence that was given to him as part of the criminal proceedings.

Several days before, evidence to be provided by Mr Salmond to the Committee was removed and republished in redacted form by the Crown Office, in a move described by his lawyers as a “significant surprise and concern”. This delayed Mr Salmond’s expected appearance before the Committee last Wednesday to Friday.

Mr Salmond’s account of events has been praised by many, with GB News Chairman Andrew Neil labelling it “impressive and confident” and political commentator Julia Hartley-Brewer calling it “bloody good”.