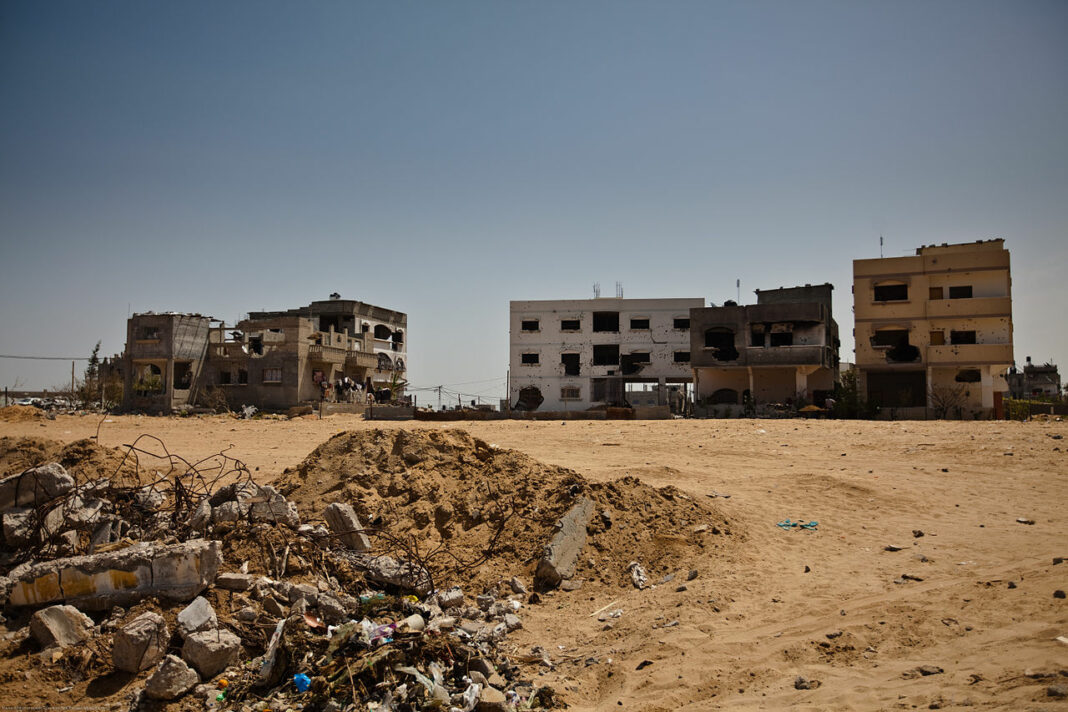 Without foreign powers’ acquiescence to bilateral negotiations, hostilities between Israel and the Palestinian territories threaten to perdure. The more sides need to be accommodated, the more complicated and tenuous reconciliation becomes. While some Muslim countries have normalised ties with Israel to show that they realise this and do not consider Israeli-Palestinian relations inextricable from the wider dialogue between Israel and the Islamic community, this might not by itself put the pacification process back on track.

Until recently, there were signs that long-standing rivals Fatah and Hamas might finally broker a united Palestinian government. However, even if the tide hadn’t changed, progress would have been slow unless Hamas resiles from militance and fully commits to political opposition. For such an event to materialise, external actors must withdraw from the Gaza Strip and stop perpetuating the illusion that this Islamist project could somehow sustain itself and succeed at eliminating Israel.

The conjuncture is not all that bleak. With the Trump administration voted out, the Palestinian National Authority (PNA) has sought to reverse its diplomatic isolation and persuade President Biden to resume the economic assistance his predecessor had suspended in February 2019. Under Egypt’s auspices, it cajoled thirteen rival Palestinian political movements, including Hamas, into co-ordinating the territory’s first legislative and presidential elections in almost fifteen years and acceding to the immediate release of all political prisoners. Although previous attempts made in 2011, 2014, and 2017 fell through, this time around, the relevant sides managed to reach consensus on appointing an election court with broad geographical and political representation to monitor the voting and address outstanding disputes. Although Mahmoud Abbas has subsequently chosen to suspend the election, the consensus that had been reached by the disparate Palestinian factions was unprecedented and showed that they could for the most part work towards a common vision.

More importantly, concessions reportedly came not only from the moderates, but also from the bellicose and uncompromising Hamas. Extending an olive branch to Mahmoud Abbas, the Palestinian leader since 2005, whose estimated popularity vis-à-vis Hamas’ Ismail Haniya leaves much to be desired, the organisation had agreed not to contest the presidential election. Furthermore, it joined the PNA’s letter to the White House, endorsing the two-state solution and promising to honour international legal norms and “peaceful popular resistance against Israel”. Whether one trusts these words or not, there is a slow shift in Hamas’ paradigm from a Napoleonic insistence on outright confrontation to a transactional approach that envisages foregoing its distrust of Fatah and unconditional animosity towards Jerusalem. Since the latter regards Palestinian unity as a prerequisite for any constructive negotiations, this could facilitate military disengagement in the Gaza Strip, thereby expediting the peace process substantially and permitting comprehensive and pervasive conflict resolution.

Hamas’ transformation reflects the precarious socio-economic situation within its domain. The United Nations Conference on Trade and Development (UNCTAD) estimates that Israeli operations in Gaza and the partial blockade that Egypt and Israel both imposed after the Gaza War have wrought an equivalent to 600% of Gaza’s GDP in financial damage between 2008 and 2019. 82% of the isolated area’s 2 million residents are structurally unemployed and depend on humanitarian aid from abroad. Hamas leaders themselves have publicly bemoaned how they were struggling to make ends meet. Worse still, Gaza is enduring a Tramadol drug epidemic, with one in three residents likely to develop drug addiction. Hamas risks losing its grip on power and appeal to international funders if these problems continue unabated, but the only available solution involves improving its relations with Israel and negotiating an end to the economic blockade.

Although desperation predisposes Hamas to reimagining its preferred methods of engagement, one unfortunate factor may nip these transformations in the bud and prevent full-scale Israeli-Palestinian reconciliation. Several hostile foreign actors – Turkey, Qatar and Iran – pay enormous attention to Gaza in their pursuit of political objectives, and their multi-dimensional support for Hamas feeds its traditional radical narrative, being responsible for the obdurate rejection of rapprochement between Fatah and Hamas that we have hitherto observed. Emboldened by external sympathies, Hamas will certainly behave aggressively and continue to undermine regional politics.

For Ankara, local instability constitutes a strategic asset against Israeli-Egyptian co-operation on the Eastern Mediterranean gas pipeline project, which is stoking Turkish fears of geopolitical encirclement and exclusion from regional gas exploration. Thus, Turkey readily foregoes Hamas’ incompatibility with the Turkish public, only 8% of which look favourably on the group, and the country’s NATO allies, many of which have labelled it a terrorist organisation. The Islamist organisation has a headquarters located in Turkey, with prominent Hamas members receiving Turkish citizenship and benefitting from Erdogan’s inflammatory rhetoric against Israel.

While Turkish support for Hamas is largely diplomatic in nature, as Ankara avoids exposing its $5.5 billion trade relations with Israel to excessive risks, Qatar has complemented its diplomatic backing, exemplified in Doha assigning a permanent Gaza envoy, with concrete donations and grants. In just six years, Qatar has transferred more than $1.1 billion to Gaza to finance the construction of the Gaza Strip power plant and help Hamas maintain its elaborate bureaucracy. Iran has also been generous towards Hamas, for instance by amplifying its monthly spending on the organisation by 500% between 2018 and 2019 and displaying the Hamas banner at Iranian military press conferences to underscore Tehran’s amity with the so-called regional ‘Axis of Resistance’.

These countries’ ongoing support serves only to prolong Hamas’ destabilising behaviour and inexcusable oppression of Gazans in the name of a struggle that neither promises to deliver a victory, nor presupposes a realistic vision and direction. Reconciliation between Israel and the Palestinian territories requires that Hamas be deradicalised and absorbed into mainstream Palestinian politics.

However, more needs to be done for region-wide de-escalation. Foreign powers ought to withdraw from the Gaza Strip. Seeing that supporting Hamas is problematic for all three of its major backers, with Turkey and Qatar risking their indispensable links to the United States and Iran having to please Syria at the expense of Hamas, the international community might have a chance to apply pressure for their pullback. Reducing Hamas’ significance to the wider world would both reinforce the Abraham Accords, which have helped to localise the Israeli-Palestinian brinkmanship and decrease the number of stakeholders that a potential resolution might have to satisfy, and also enable the formation of a uniform Palestinian front, with which Israel would finally be able to negotiate.

Dan Mikhaylov is a Policy Fellow of The Pinsker Centre, a campus-based think tank which facilitates discussion on the Middle East, global affairs and free speech. The views in this article are the author’s own.