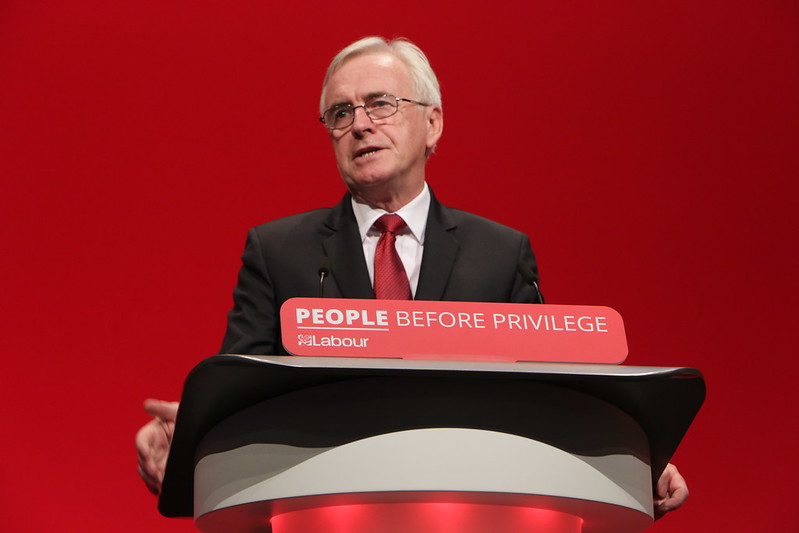 The Labour Party conference is currently underway and is not short of controversial policies and stories. This morning John McDonnell proposed a 32-hour working week to be moved towards over the next decade. He is not, however, proposing a French-style cap on maximum working hours. Instead the policy seems to be based on the arguments in the report by Lord Skidelsky on working hours, which Labour published recently.

Instead, McDonnell plans to use two mechanisms to drive down average working hours over a decade, through collective bargaining, and a Working Time Commission. McDonnell does not believe that moving towards a shorter working week will cost jobs. He believes increasing productivity can make a shorter working week affordable. His team has not tried to produce costings for the impact of this policy. A 32-hour working week is equivalent to a four-day working week if someone works eight hours a day.

Furthermore, Labour Party members have voted to commit the party to integrating private schools into the state sector. The Shadow Chancellor said it would help to build “a more cohesive and equal society”. The Shadow Education Secretary said that Labour would scrap tax loopholes in its first budget, this would include withdrawal of charitable status for private schools.

The Headmasters’ and Headmistresses’ Conference, representing a group of independent schools, has already promised that Labour’s plans would be “tested in the courts for years to come”. The Independent Schools Council said parents would be “rightly worried” by what Labour was proposing, saying it would “put politics before the interests of children” and was potentially a breach of the European Convention on Human Rights (which is not nominally an EU structure and would therefore be unaffected by Brexit), namely the right to choice in education.

On the second day of its conference, Labour also unveiled a plan to scrap Ofsted and replace it with a new school inspection system. Under this new two-tier system, Local Authorities would be responsible for carrying out more frequent “health checks”, supplemented by more comprehensive inspections by trained HMIs at longer intervals, for which the LA would also be responsible. There was no mention of scrapping the ISI (Independent Schools Inspectorate, or the private school equivalent of Ofsted), although it is reasonable to assume that this would be an inevitable end result of winding up the private school system altogether.

Finally, it may be a difficult evening for Jeremy Corbyn as one of Britain’s largest trade unions, Unison, has called for the party to unequivocally support Remain. This follows a large grass-roots campaign by party activists to support Remain, which has seen support from major Labour figures such as Emily Thornberry. It is believed this policy will go to a vote tonight at the conference – whether Corbyn will attempt to stop it from becoming official remains as yet a matter of speculation.

All of these stories are still developing, with the conference still underway.