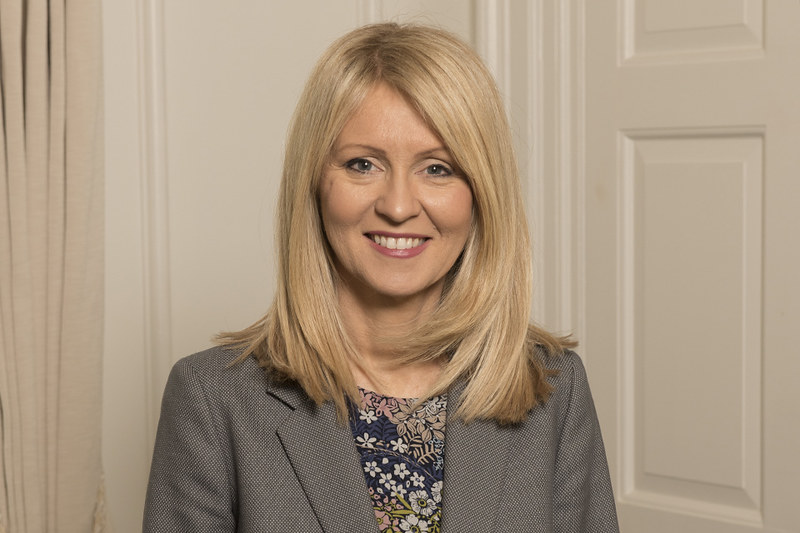 The Conservative Party is at a crossroads. After 3 years of parliamentary paralysis and stagnation in domestic policy, we need a leader who can once again show that the Conservatives are the party of social mobility. To use that well-worn phrase, we need a ‘new type’ of Conservative.

Esther spent the first part of her life as a Barnardo’s child in care and has spoken movingly about this in the past year. She still follows Barnardo’s work closely and I know she fully understands the crisis of aspiration we have for our young people in the care system. This is of particular importance to me, as I work across 20 children’s homes in the East Midlands, managing the young people’s education. Every day I see the disaster of family breakdown, children being moved 100 miles away from where they live and schools struggling to cope with behaviours. Having spoken to Esther McVey about this very topic, I know these challenges would be high on her list of priorities.

Something which not many people know about Esther, is that she has written an inspirational careers book which aims to demonstrate that women can achieve their goals in any field. Esther also set up a charity for young girls, If Chloe Can, which works with secondary schools across the country.  Students are offered career planning, workshops and the aim is to develop young women’s aspirations, enthusing them to reach their full potential. As somebody who delivers careers workshops to looked after children, this is another huge area which is lacking and needs to be prioritised from the very top of government.

Esther is the type of Conservative who genuinely cares about speaking to the whole country, not just London and the South East. That is why the launch of Blue Collar Conservatism has been so refreshing. The group have been travelling all over the country, engaging with people’s ideas on how we can develop a policy platform attractive to the Midlands and the North. Many videos have been uploaded from normal grassroots members, with many different accents, discussing everything from why they are Conservatives to proposing policy questions for the future.

As well as a positive platform, we also need a leader with resilience. Let us not forget the disgusting abuse Esther has endured from McDonnell and Co, which she has dealt with in a calm and measured manner. But we must remember why they hate her so much. She is a working class northerner and has the audacity to be a Conservative. Labour think they ‘own’ people like Esther. They know, that under the leadership of somebody like her, the Labour heartlands of the North of England will be much more receptive to the Conservative message.

We need a leader who will lead us into the future and crucially, take us to a time beyond Brexit – deal or no deal. A leader who doesn’t just care about image but has genuine policy proposals which have been developed through real life experiences. We need a leader who doesn’t run away from the debate with Labour, but take them on with conservative principles and pro-capitalist policies. That leader is Esther McVey.