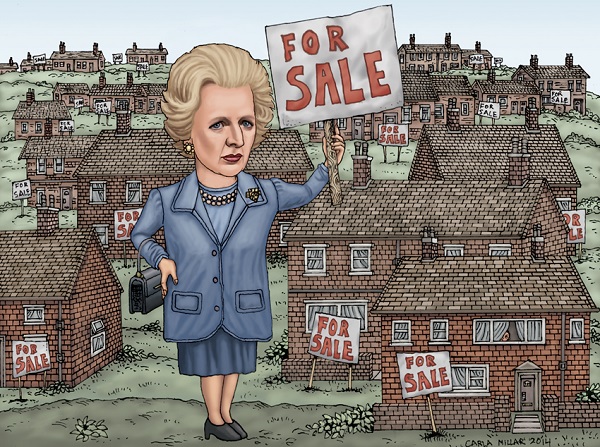 100 years ago, Lloyd George pledged ‘to make Britain a fit country for heroes to live in’. The Addison Act of 1919 meant that for the first time, local authorities had a duty to ‘consider the needs of their area with respect to the provision of houses for the working classes’. Although the centenary of the first council houses will not have the same fanfare as the NHS turning 70, it has been a noble endeavour nonetheless. If the Conservative Party are to fulfil the aspiration of building 300,000 homes a year by the mid-2020s, we need to once again reclaim this mantle.

Contrary to popular belief, the Conservatives have a proud history of council house building. Harold Macmillan’s Government in the late 1950s and early 60s routinely built 300,000 homes a year. Half of these homes were built by councils and it proved to be the peak of social housing. Fast-forward to the early 2000s, and these numbers had dipped to a record low, when councils were building an average of just 224 houses per year. Whilst this rate has improved in recent years, with a population that has now increased by 12 million since the early 60s, we need to be building just as many as Macmillan’s Government.

We all know the reason why there has been such a dramatic decline in council housing – the Right to Buy Policy brought in under Margaret Thatcher. This was a fundamentally fantastic policy for hundreds of thousands of working-class families, as they were given the chance to own their own home. Ironically, it was the biggest redistribution of wealth from the government to the people (although there weren’t many plaudits on the Left at the time).

During the 1980s, home ownership and therefore social mobility dramatically increased, but there was a fundamental flaw in the Right to Buy Scheme: there should have been a second part to this policy. For every one home sold, councils should have been allowed to keep 100% of the sale to build a replacement. There is no doubt this lack of forward thinking has had a part to play in the current housing crisis.

We have 1.2 million households on social housing waiting lists, the housing benefit bill has now reached £22 billion (nearly twice the size of the budget for policing) and there are thousands of rough sleepers partly due to a lack of supply. The lack of investment in housing is costing us dearly and is the definition of a false economy.

There is hope on the horizon though. The borrowing cap for councils is now being lifted and this could be the beginning of a new generation of social housing. An LGA survey published earlier this year found that 94% of stock-owning councils said they would use their new powers to accelerate their house building programmes. As we elect a new leader of our party, they should commit to leading the way on building a new generation of council housing. There should be no tension in doing so. Although we want to support the vast majority of people to own their house, there will always be a significant minority who are not able to do so.

We need to remember that investing in decent housing means so many other of society’s ills can be improved. The housing benefit bill will fall, social care pressures will ease and families will be strengthened as they have a secure home for their children. Let us channel the spirit of Conservative Governments of yesteryear and make council house building a top priority for the 2020s.

Paul Maginnis is a Conservative Party Councillor for Sawley in Erewash, and author of The Return of Meritocracy: Conservative Ideas for Unlocking Social Mobility. Follow him on Twitter @paulmaginnis1.