Home Opinion In defence of the Living Wage – Paul Maginnis 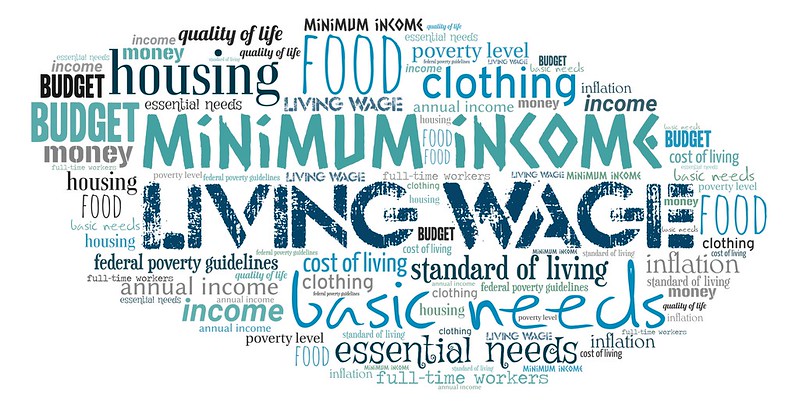 This, of course, was before the Covid-19 crisis, which has already led to 1.8 million new Universal Credit claims. At the same time as nearly 2 million people losing their jobs and 8.5 million being furloughed, the National Living Wage increased by 6.2% in April, from £8.21 to £8.72. This massive increase took place when inflation was running at 0.9%, meaning the lowest-paid workers received a pay rise 6 times that of inflation.

Since its introduction in April 2016, the lowest-paid workers have seen a pay increase worth over 17% after inflation is taken into account – an incredible statistic which the media never seem to cover. This means a 25-year-old working full-time on the minimum wage in June 2020 is over £4,000 a year better off than they were in April 2016. This increase has happened during a time of restrictions on benefits, as the government strives to create a high-wage, low-welfare society.

There is bound to be a debate around whether we can continue on this current path, as many will argue that the priority should be getting people back into work, so we should therefore freeze the rate as it currently is. This argument makes a lot of economic sense, but if the government can continue to be bold on the economy, then we should be able to keep to the current pledge.

To ensure businesses can afford this increase, we need to urgently raise the employer National Insurance threshold and substantially cut the rate of it (currently sitting at 13.8%). There have already been Treasury discussions regarding a National Insurance employer holiday, which would be a positive move for creating new jobs. The government also needs to continue the good work on business rates relief, ultimately abolishing these in the long term. As it is the small and medium-sized businesses that will struggle to pay an increased Living Wage, cutting their taxes will be crucial for getting back to pre-Covid-19 levels of employment.

It’s important to remember this government’s record on the economy in the decade preceding Covid-19. 4 million jobs created since 2010. Unemployment falling from 8% to 3.8%. A record 33 million people in work (including 900,000 more people in work since the Brexit vote). More women, single parents, ethnic minorities, disabled people and pensioners in work than ever before. With the right pro-business tax policies, we can achieve this again and have the highest minimum wage anywhere in the world.