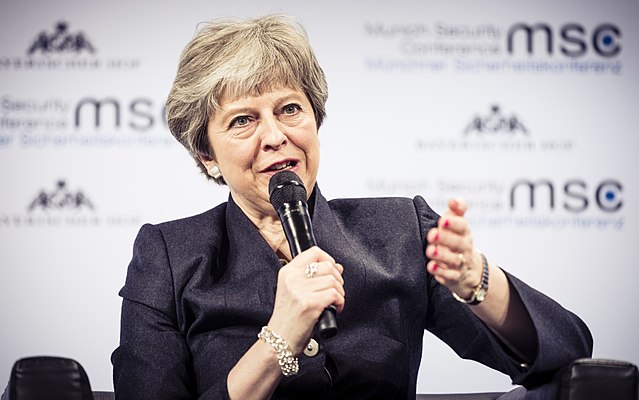 Could unification of the country work with a PM who couldn’t unify whilst in office? Strangely, yes.

With growing scepticism across the Conservative Party, and indeed other political camps, about the way out of Covid, it’s time for Boris Johnson to think about pressing the nuclear button.

That button isn’t physical, but instead a personality.

As the longest-serving Home Secretary for decades, Theresa May is someone with calibre and experience in handling crises. Although, as Prime Minister, May came crashing off the delicate seesaw of steering Parliament through Brexit, she showed immense courage and commitment to national security. When the Russians launched a chemical weapon attack on the streets of Sailsbury against a former Russian secret agent, Theresa May as Prime Minister grappled the situation with force and came into her own.

You can debate the decisions May took and I freely acknowledge that Grenfell dented her premiership. However, when it comes to issues that threaten the nation as a whole, it’s almost universally accepted that the former PM could handle it.

After one year of in-out-in-out lockdowns and fluctuating restrictions, Johnson has somewhat struggled with handling a pandemic, even with a Cabinet that seems fairly united behind the ‘roadmap’ out of lockdown. Some in the Cabinet are out of their depth, whilst others on the blue backbenches have CVs that fit the times we are living in.

With the numbers of cases and deaths plateauing, Johnson could carry out a reshuffle to re-oil the Government machinery just as the public prepares to be released back to a ‘new normal’. A reshuffle wouldn’t be to say those currently in post are not up to scratch – rather, giving them some much-needed respite and recovery themselves. I do caveat this by saying he should not replace Matt Hancock as Health Secretary, as he is leading the health response along with the Government scientists and advisers.

By bringing in a prominent, experienced character like Theresa May – who is the only sitting MP who has resided in No. 10 – into his top team with Rishi Sunak, Johnson would benefit from that experience. Although May has launched some stinging barbs on policy at her successor since she left office, we should not underestimate how two people who have held the top job could join forces in the national interest.

Would the public appreciate a May-Johnson partnership? I doubt it, but with the next General Election not even on the horizon, it’s a decision that is less about how to galvanise a political class out in the country and more about how to give the public confidence that their Government doesn’t want to falter at this crucial stage.

I could probably tell you the answer to the question of whether May wants to be back in Cabinet, but even with that in mind, Covid means normal politics has been suspended in time. That means factional politics needs to take a back seat to help ride the country through a recovery that is coupled with the aftermath of Brexit.

Boris, it’s time to press that nuclear button. Let’s hope they didn’t misplace the key to open the control panel whilst they were redesigning the new press room…