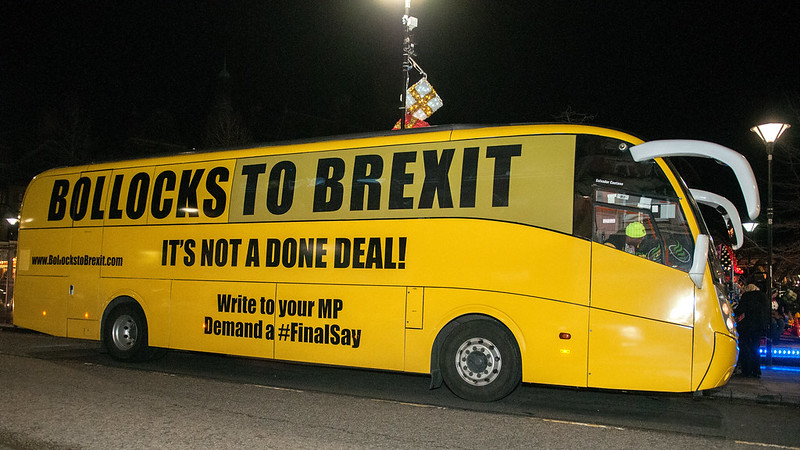 It has been a turbulent week for the Prime Minister. While he campaigns in regions across the country, anti-no deal activists and politicians have attempted to overturn the prorogation of Parliament within the courts, with mixed results. Meanwhile, a former member of his own party has left to join the Liberal Democrats, with many speculating more may fellow.

Following the prorogation of Parliament on the 14th October, several legal challenges have been brought to national High Courts throughout the week. On Wednesday, the High Court of England and Wales rejected the legal campaigner Gina Miller’s attempts to challenge prorogation, stating within a 24-page judgment: “In our view, the decision of the Prime Minister to advise Her Majesty the Queen to prorogue Parliament is not justiciable in Her Majesty’s courts.” The High Court in Belfast also followed similar judgments when addressing legal challenges to a no-deal Brexit, arguing that the evidence presented within the cases belonged solely in the world of politics.

Not all was good news for the Prime Minister, as High Court judges in Scotland contrasted this decision, ruling that the Prime Minister acted illegally in proroguing Parliament, stating: “The Prime Minister’s advice to HM the Queen and the prorogation which followed thereon was unlawful and is thus null and of no effect.” However, the consequences of this ruling are still in question, with many waiting for the decision of the Supreme Court, which is set to make its judgement in a three-day hearing beginning on Tuesday 17th September.

In related news, the Conservative MP Kwasi Kwarteng was criticised this week, following the Scottish court’s judgment, after stating on the Andrew Neil Show: “I think that they are impartial, but I’m saying that many people, many Leave voters, many people up and down the country, are beginning to question the partiality of the judges”. His comments were criticised not only by former Liberal Democrat leader Lord Campbell, but those within his party such as Defence Secretary Ben Wallace and former Justice Secretary David Lidington, with the Prime Minister also distancing himself from Kwarteng’s comments.

On Saturday, the former Conservative minister and leadership contender Sam Gyimah joined the Liberal Democrats. The ex-Universities and Science minister had supported a second referendum during the Conservative leadership contest over the summer. He had lost the party whip along with 21 other Conservative MPs at the beginning of September, after voting against the Government. Gyimah’s decision to join the Liberal Democrats cannot technically be viewed as a defection, as he was sitting as an independent MP after losing the Conservative whip. However, it was followed by successive attacks on the Prime Minister, in which he argued in the Observer that Boris Johnson had been steering the Tories towards “English Nationalism” and accused the party leadership of pushing for a “scorched earth” policy, in their pursuit of a no-deal Brexit, going against the ‘One Nation’ ideas that had attracted him to the party.

Finally, the Liberal Democrats Autumn Conference began in Bournemouth, and is set to finish on Tuesday. On Sunday the party voted, by a large margin, to revoke Article 50 if they were to win a General Election, even without a second referendum. This commitment, however, would only have effect if the party were able to form a majority government. The party leader, Jo Swinson, as well as others such as Chuka Umunna, praised the decision, whereas others, such as fellow Liberal Democrat MP Norman Lamb, stated that the policy was “playing with fire”.