Home Opinion Starmer should resign if he broke the rules – but what if... 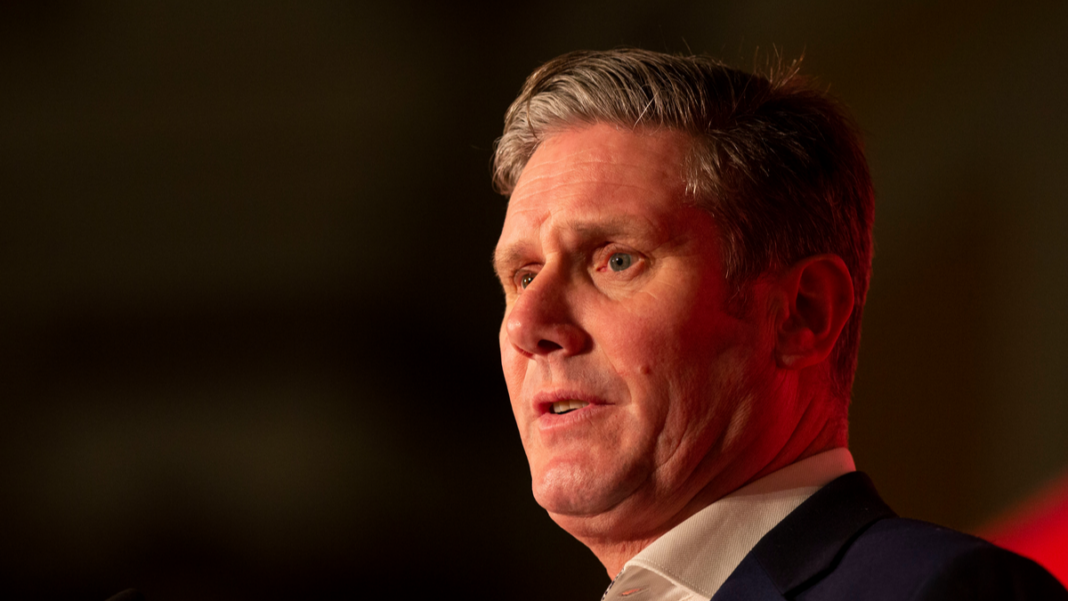 The Labour leader has repeatedly called for the Prime Minister to resign over ‘Partygate’. He’ll have no option but to resign if he too is found guilty of breaching Covid laws over ‘Beergate’ – otherwise, he’s as bad as Johnson.

Indeed, on Saturday, it was separately reported that the Sir Keir had privately told advisers he would have to resign if he were found to have been in breach of the rules.

That same day, The Times cited a Labour Party source as saying that no work was done during the night on which Starmer is accused of breaching Covid rules by having a beer and a curry with colleagues. If this is true, that means he lied.

In an even more damning indictment, The Mail on Sunday revealed today that the night of Starmer’s infamous ‘Beergate’ was premeditated. A schedule for the evening indicates that, despite Starmer’s claims that work continued after his team’s break to eat a curry, there was no work planned.

He has previously made clear that not only breaching restrictions, but lying about doing so too, is a resigning matter. On a matter of principle, therefore, he would simply have to stand down as Leader of the Opposition. If he doesn’t, he’ll be no better than Johnson – and that will not bode well with the traditional Labour voters who are skeptical about his leadership, and who he needs to secure an election win.

The fundamental issue for Starmer will be that, having accused Boris Johnson and the Government of hypocrisy – repeatedly – he too will be a hypocrite.

In addition to his struggle to retain traditional Labour voters’ support amid the party’s internal ideological struggle, his failure to solve it and his opponents’ commitment to undermine his leadership will prove incredibly difficult for the Leader of the Opposition.

Having been so ardent in his position that the Prime Minister should have resigned over being handed a fixed penalty notice for breaking Covid laws in Downing Street, there is practically no other option than to step down from the leadership.

Labour is continuing to struggle to build support under Starmer’s leadership, in spite of the Conservative Party’s shattered reputation over ‘Partygate’. If his own ‘Beergate’ proves to be the damning indictment that Boris Johnson’s fine from the Metropolitan Police was of the Prime Minister, is it certain that he will continue to desperately prove himself to a skeptical electorate who show little enthusiasm to any Opposition party as the local elections have drawn to a close.

One thing that the council elections do show is that, despite making some impressive gains in London, Starmer is continuing to struggle to win back the hearts and minds of Red Wall voters who defected to the Tories in 2019 and maintained their support for the Government in last year’s council elections. Arguably, this is most damning for Starmer in that Labour have developed a reputation for being the party for middle-class, metropolitan progressives – as opposed to the northern working-class communities who form Labour’s traditional voter base.

However, what must be taken into consideration is why Sir Keir Starmer has denied that he broke any Covid restrictions. The fundamental difference between Johnson’s confirmed rule-breaking and Starmer’s alleged rule-breaching is that the Prime Minister denied that any lockdown parties in Downing Street occurred, and then denied having any knowledge that they took place. Subsequently, he was fined by the police and now stands accused of deliberately misleading Parliament over the ‘Partygate’ allegations, because he had been “assured there weren’t any”.

By contrast, to date, Starmer has denied that he broke any Covid restrictions over the ‘Beergate’ incident itself. This is probably down to the fact that he and his team are confident that no rules were actually broken, as opposed to the somewhat dubious approach taken by the Prime Minister.

Indeed, it is a risky strategy, but perhaps that element of risk has been taken into consideration because Starmer knows no rules were broken – which is plausible, given that the Durham Police have already investigated the incident twice and found no evidence of any rule-breaking.

If so, he would then be in a position to piously remind the public – time and again – that he would have been willing to stand down himself, had he ever been found to be in actual breach of the rules. This would stand in stark contrast to the Prime Minister – who has been unwilling to do so – and so perhaps be a way of getting the public back on his side, while undermining the Conservatives’ political position further. It is a risky gamble, but one that is not beyond his wit.

What is also certain, however, is that regardless of the verdict on allegations faced by Starmer, the Prime Minister will not benefit from another investigation into whether the Leader of the Opposition did in fact breach restrictions. If Starmer is found to have done so, it is not certain he will resign – but if he does, that too would exert an extreme amount of pressure on the Prime Minister to do so as well.

There is realistically no other alternative for Johnson in this scenario if he believes there is a chance for him to re-establish some credibility within his party and with the public. Yet, if Starmer doesn’t stand down from the leadership, an increasingly skeptical and cynical electorate will hold all politicians in even more contempt than it seems they already do.