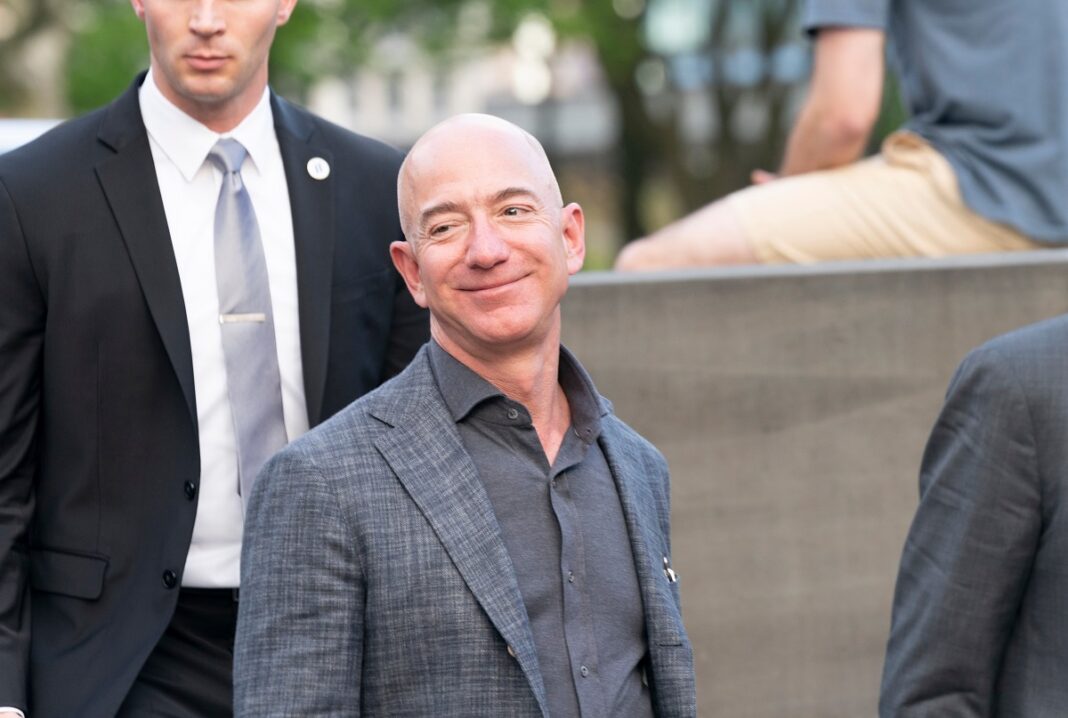 Throughout 2020, social media criticism of Jeff Bezos was not unusual.

This was partly after reports he was on track to become the first trillionaire as well as general anti-billionaire rhetoric, which also critiqued Elon Musk, Mark Zuckerberg and others.

However, it’s worth pointing out just why Mr Bezos has managed the pandemic so well. Amazon, which he recently left, has become the go-to provider for a variety of essential services. Critics have questioned some of the employment practices and working conditions at Amazon, but most consumers did not see that as a reason not to use Amazon. According to CommerceIQ at the beginning of the pandemic, toiletries sales on Amazon went up by 186% and cold and cough medicines went up by 862%.

Amazon accordingly broke its own sales record and invested a significant amount of revenue into coronavirus infrastructure, including a testing programme for its own workers. As CNBC reported, in the three months before June 30, Amazon took on over 35,000 extra employees, providing jobs and incomes for more people.

According to Market Watch, Mr Bezos has a net worth of $192.6bn. According to Statista, in the third quarter of 2020, the US Government’s annual expenditure was around $9.88tn. Net worth, of course, does not include just fixed monetary assets, but also share prices and property values, which can fluctuate, but hypothetically speaking, if Mr Bezos were to hand over his entire net worth to the US Treasury, that would cover just over a week of Federal Government spending. If, in this scenario, that were the US Government’s only source of income, at the current rate of daily spending, the money would run out early on day 8.

Then we come on to Blue Origin, something Mr Bezos has decided to use his own money on. In 2019, Morgan Stanley estimated that by 2040, the industry would generate revenue of around $1.1tn. Space travel is not just the realm of tourists and pleasure-seekers – there are commercial and defence interests in space. The satellites orbiting the Earth help to provide parts of essential communications infrastructure and navigation software. The reusable rockets developed by the commercial space companies have seen the cost of launching a satellite decline from $200mn to around $60mn, with Morgan Stanley reporting the price could drop to as low as $5mn. Mass production could see the price of building the satellite in the first place drop exponentially as well. If these price drops came to fruition, the work of organisations such as SpaceX, Blue Origin and Virgin Galactic would ease a lot of strain on taxpayers around the world, along with providing new jobs.

This is why Richard Branson and Mr Bezos’ space voyages made headline news and, whilst we are still at the beginning of this chapter of human understanding and travel into space, the potential for this to generate a great benefit for mankind is there. Scientific journeys to space that aim to learn more about the solar system and space in general could become cheaper too, making the possibilities even greater.

Some may still feel that Jeff Bezos needs to pay more tax and this article is not an opinion piece arguing either way, but more of an analysis of how the wealth has been created and what he uses that money for after expenditures. Mr Bezos may have a vast amount of wealth, but it has been earned by helping to provide a service that consumers have taken the decision to use. Amazon is not the only medium of online shopping available, of course, and this wealth may be used to generate even more wealth for others and increase our own understanding of the world we live in.

Mr Bezos may not be able to fund the entire US Federal Government for any significant length of time based on the numbers, but his work could help to reduce some of the costs associated with running that country. With the new jobs, welfare expenditures are reduced and the money used on maintaining communications and navigations satellite could be spent elsewhere or cut entirely from the Federal coffers.

What happens from now on will likely be a useful case study in market economics.