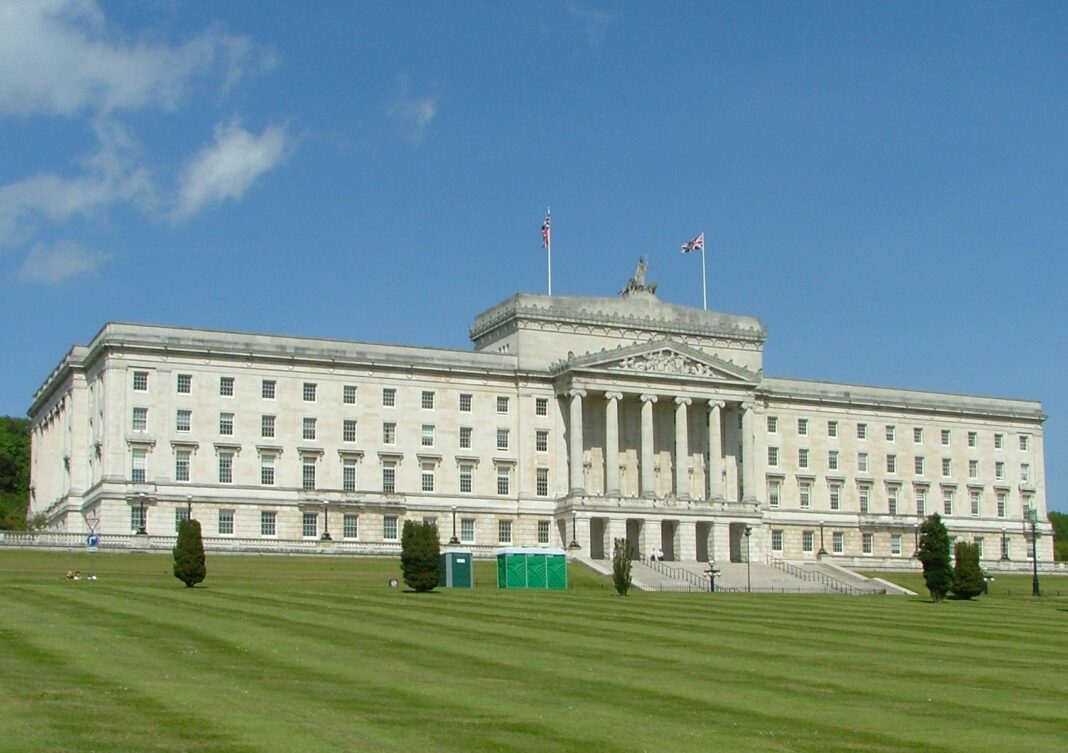 On May 14, the Democratic Unionist Party (DUP) will see its MPs and MLAs vote for their new leader as well as a new deputy leader. It will be the first formal leadership election in the party’s history, as the outgoing Arlene Foster and her predecessor Peter Robinson ran unopposed, while Mr Robinson’s predecessor Ian Paisley founded the party.

Here, Wolves of Westminster takes a look at the five potential candidates and what the election could mean for the party and Northern Ireland’s place in the UK.

Mr Poots has several years’ experience in the Northern Irish Executive. He had to take some time off work earlier in the year for health reasons, having previously announced he was suffering from cancer, though he has since returned to work.

The Minister is a Young-Earth Creationist and has previously opposed blood donations from gay people, also opposing LGBT adoption. In October, he attracted the ire of Sinn Féin and the Alliance Party after suggesting that coronavirus infection rates were higher in Nationalist areas as opposed to Unionist areas. The Department of Health, Social Services and Public Safety, which he headed for three years, released a statement clarifying that: “For the record, data on Covid infections is not collected according to religious or political affiliation.”

Mr Poots has been vocal in his opposition to the Northern Ireland Protocol, though his portfolio makes him responsible for the checks the Protocol requires. Sunday Life has suggested Mr Poots will not seek the First Minister position, which is separate from the party leadership, although the DUP, as the largest party in the largest grouping (Unionist), will have the right to nominate an Assembly member for the position. BBC News NI has suggested that Mr Poots wishes to stay in his current role.

Leader of the DUP in the House of Commons, previously DUP Chief Whip and Junior Minister in the Office of First Minister

Sir Jeffrey definitely will not be First Minister after Mrs Foster resigns as he does not hold a Stormont seat. He does, however, have the distinction of being Ulster’s longest-serving MP, having held Lagan Valley since 1997, although he was first elected as a member of the Ulster Unionist Party (UUP). Interestingly, Lagan Valley is also the constituency for Mr Poots in Stormont and the pair share an office.

He was originally involved in the Good Friday Agreement negotiations, but left in protest at some of the arrangements, later leaving his party for the DUP alongside Mrs Foster after confrontations with then-leader and First Minister David Trimble.

Sir Jeffrey has achieved the rank of Colonel in the Ulster Defence Regiment of the British Army. Whilst voting against LGBT inclusive education in English schools, he is considered less hard-line than Mr Poots, though in 2009 he controversially claimed that Catholics owed greater allegiance to the Pope and Holy See.

Lord Dodds announced on Tuesday he did not intend to stand for re-election as deputy leader. The former MP lost his Westminster seat in December 2019 to Sinn Féin’s John Finucane.

Three people have announced their candidacy.

One of the most senior names in the party, Mr Campbell joined the party in its early years and was elected to the then-named Londonderry City Council in 1981, leading a walkout when the Council changed its name to Derry City Council, though he returned and stayed on the Council until 2011.

Mr Campbell has been the MP for East Londonderry since 2001 and, in the Commons, has declared his support for capital punishment in some cases. In November 2014, when he held a Stormont seat, he was involved in a controversial episode. Nationalist MLAs use the phrase “go raibh maith agat, Ceann Comhairle”, the Irish for “thank you, speaker”, though Mr Campbell opened a speech about the Irish language saying, “curry my yoghurt, can coca coalyer”, an Anglicised corruption, which he refused to apologise for.

Earlier, this year, he described an episode of the BBC’s Songs of Praise featuring only black people the “BBC at its BLM worst”. Although he did not apologise, he later claimed he was against racism.

A former local Councillor in Ballymena, he has spoken at length about the need for reform both within the party and within the devolved Government of Northern Ireland.

At a finance committee meeting last year, discussing a Bill introduced by Traditional Unionist Voice (TUV) leader Jim Allister, which could have imposed criminal sanctions over the Renewable Heat Incentive scandal that led to the collapse of the previous Executive, Mr Frew said he saw little evidence of a culture change in Executive departments: “There is still this accountability issue, this public interest and confidence issue that needs to be addressed. So do we need reform? Absolutely, yes – it’s the method and the travel of that reform that is the question.”

Sam McBride, the political editor of Belfast News, noted that discussion of that ilk was common internally in the party, but a public declaration was somewhat surprising.

Chair of the Stormont Communities Committee

Ms Bradley was previously involved in local government in Newtonabbey, and has been an MLA since 2011. She initially got involved in the DUP in a communications role at the party’s head office. She notes that growing up in her household was not very political, but she had always voted for the party. The daughter of a social worker, she would then go on to spend seven years as a social care assistant before her election to Stormont.

A former Royal Ulster Constabulary part-time reservist, she has called for more tolerance on same-sex relationships and in 2017 told the Belfast Telegraph that she thought same-sex marriage would be legalised in Northern Ireland in the next decade, though in the same interview she also said she did not think the DUP could accept an Irish Language Act or that their voters would accept it.

She did not, however, support Mr Campbell’s controversial Irish remarks and also spoke of her disappointment when Sammy Wilson, one of the senior figures on the right of the party, refused to wear a red ribbon in support of people with HIV/AIDS.

A virtual meeting will be held on 14 May, with a secret ballot at 11am and the results announced at 5pm.

Each leadership candidate will be given 10 minutes to speak to attendees, with five minutes for deputy leadership candidates. The result will need to be ratified by the party’s executive committee, made up of MPs, MLAs, peers and representatives for constituency, university and youth organisations.

There have been suggestions from BBC News NI that Mrs Foster could potentially sever ties with the party after her departure as First Minister as scheduled at the end of June, with some sources saying she does not believe it is the same party she joined.

The party will have to nominate a new First Minister, with the potential for another collapse of the Executive as Sinn Féin could refuse to form a Government with the new nominee unless concessions are given. There are some suggestions that a new Irish Language Act would be pushed for. This might represent a high risk for Sinn Féin, with the previous collapse of government having been cited as one reason for the loss of support for both the DUP and Sinn Féin at the last General Election.

The next Stormont election is scheduled for 5 May 2022 at the latest. Support for both the DUP and Sinn Féin has waned in opinion polling since the last General Election, but recent polls in the Belfast Telegraph have put Sinn Féin in the lead. This was by one point in October, but by five in January. Sinn Féin’s numbers stayed at 24 points in both polls, which also had the UUP on 12 points and the nationalist Social Democratic Labour Party on 13 points.

The DUP saw a four-point drop, with the more hard-line TUV and the centrist, non-community-based Alliance Party being the primary benefactors.