Home Economics How football might provide a perfect test for the free market –... 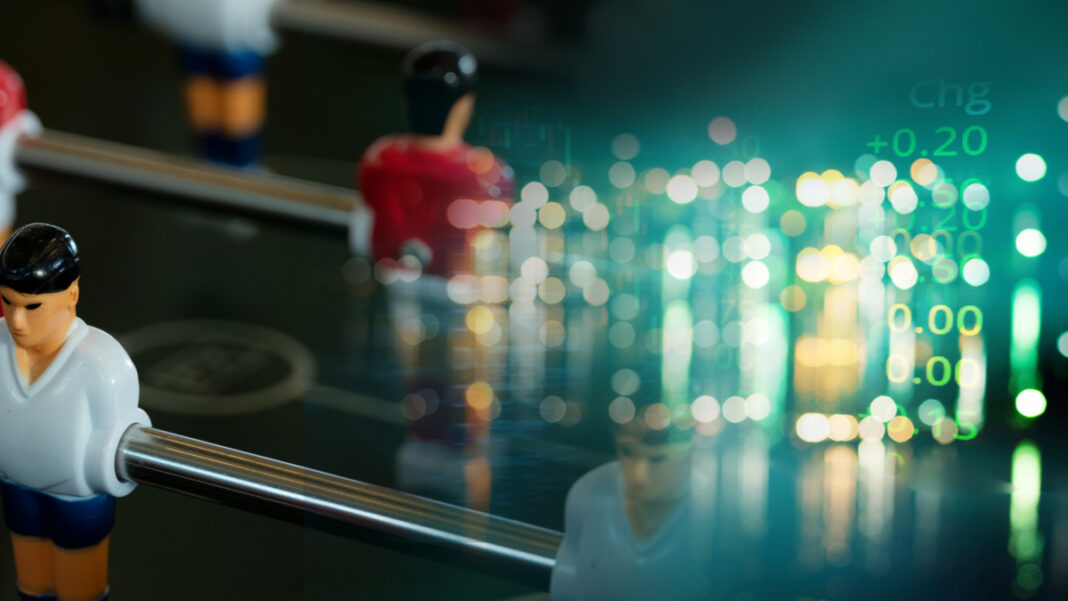 I was lucky enough to get a ticket for Euro 2020 on the first ballot, the game that became Italy v Austria. I lost the ticket on the second ballot following COVID attendance restrictions. Then, I got an update saying that due to losing out, I had priority access. Unfortunately, this email went to my promotions folder, so I did not notice in time for the original game. Being an England fan, I was constantly trying to get in to get a ticket for the Germany game, though the portal just gave me an error message or a blank screen until Monday, when I got in for potential semi-final tickets. Only, the cheapest ticket I could find was nearly £300 – a price I couldn’t justify.

This got me thinking: whilst some tickets for Ukraine v Sweden at Hampden Park were available for £50 at the same time, according to a friend, the pricing of several hundreds of pounds worth of tickets really does seem to conflict with UEFA’s post-Super League rhetoric about being for the fans. But UEFA would only countenance charging those prices if they could get people to pay it.

If someone wanted to charge £5 million for a pencil, there would be nothing stopping them from doing it. The only problem is nobody would buy them, making it pointless. I understood that hosting any sporting event, let alone elite-level ones, cost money, but this was just too much.

Henceforth, I think it’s essential consumers can say ‘this is not good enough and take their money elsewhere, forcing change. Similarly, I have decided that with the 2022 World Cup going to Qatar, with its concerns around human rights abuses and the treatment of migrant workers, I won’t feel comfortable watching any games, and I will try to avoid consuming media about the tournament.

Now, my individual action might not be do anything significant enough to work, as a fair chunk of people would need to do it, but at the very least I can say I played no part in it.

Going back to the Super League, the whole thing relied on TV rights and commercial and ticketing revenue; if no-one watched games either in person or on TV or gave any money to those clubs, it would not have been financially sustainable. Grounds like the San Siro, Camp Nou and Estadio Santiago Bernabeu were all on my bucket list. But the clubs playing at those grounds have engaged in a protectionist, anti-sporting, anti-meritocracy manner. Until their current boards leave, I will not be attending a game at any of the grounds of the 12 clubs involved and giving them money.

But I guess my final message is really a call to arms. If you want something, but the pricing is unreasonable, or the business does not meet the standards you deem acceptable, try to resist paying. If free-market principles were to be proved correct, this would go a long way towards helping bring down prices. Of course, not everyone might do it, and enough people might remain unconvinced to make it worthwhile to stick to the status quo. But you can argue that there is a societal problem, and the businesses involved have understood their market, in which case we could be aided by a frank, open discussion about the value we place on things.

I joked that my best hope of seeing a Euros game would be to wait three years then head to Germany for the next edition, and I might. That is, unless UEFA decides to charge ridiculous prices for games that I can make work logistically again, which would make it a non-starter. The proposed prices for the Women’s Euros in England next year are reasonable, so I will try for that. But the important thing I am going to take from this is that if I cannot really justify paying a price, monetary or otherwise, and it’s not an essential good/item, I am just not going to do it. I cannot force anyone to do the same, but I would hope anyone reading this ponders the same question.