Home Opinion English nationalism has come home and it’s thanks to the Euros –... 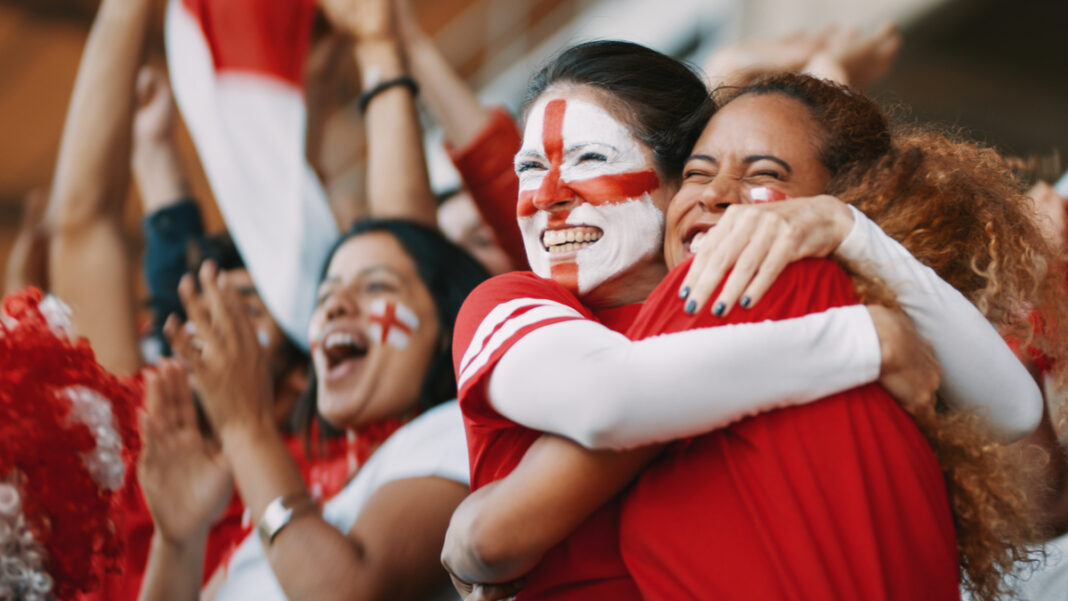 Now, I don’t know about you, but I, along with many others, have been swept up by the Euros fever that has gripped the nation.

Football doesn’t usually interest me; however, there’s just something about rallying behind England and taking pride in wearing and waving the flag that gets me going.

Like so many others, I was on the edge of my seat when England played Germany on Tuesday night. I sat in the living room with an England shirt on (my boyfriend kindly lent it to me for the match), and I noticed that my Twitter feed, usually awash with political feuding, had been put on pause to revel in the brilliance of Gareth Southgate’s team.

What a wonderful sight. And it got me thinking, has the meaning of English nationalism changed?

If you ask someone what ‘nationalism’ means, it depends heavily upon the country they’re from. People in Scotland are incredibly proud to be Scottish (no matter their race). The same applies to the Welsh.

Yet ‘English nationalism’ has largely negative connotations, which is rather sad. Having allowed the St. George’s flag to be tainted by the extreme far-right is extremely frustrating, because it is by no means what England stands for!

Just think of the vast number of ‘different’ communities that come together to support the national team in football, and the way everyone has worked together in the less-than-ideal pandemic. Everyone coming together is not just white people, but also black and brown people who are united behind the team and just want them to win (no matter how painful the 90 minutes may be).

So why, of all things, is it football that unites everyone? Whether it be flag-waving, singing the national anthem, or wearing a shirt?

Nationalism, and my favourite definition of it, comes from Benedict Anderson, who explains it as an Imagined Community. It is ‘imagined’ that your values are the same, even though you don’t know everyone in the country.

You value kindness, community, and a shared sense of belonging. I think (especially this year) the feeling has been more robust and more prevalent during the Euros because of the political and cultural divide we have seen take over.

Diversity and inclusion, for example, has been easily the biggest topic of conversation over the past year and a bit. Many people are probably sick of having the conversation or even hearing the words ‘diversity’ and ‘inclusion’, which is fair enough. Mass generalisations to fit a narrative and deepen a divide are entirely unnecessary and take race relations back decades. It isn’t helpful; however, it is being counteracted by the Euros.

It gives us a reason to come together, laugh, cry and talk very loudly at the TV, telling players to pass the ball or move into a space (even though we know full well they can’t hear us; but still, that’s our contribution to the game, right?)

The sense of community and pride in England that we get from sport (the Euros at the moment, and then the Olympics, which starts later this month) is phenomenal, refreshing and most importantly shows us that we can find common ground, work together and converse as decent human beings do.

The footballer’s or Olympian’s skin colour really doesn’t matter, as I said earlier on – we just want them to be the best and win.

For our future’s sake, I hope that the unity we feel at the moment – from all communities – doesn’t diminish. Instead, I wish to see the positivity in English nationalism transfer into our politics and culture. We need to get back to a point where differences are celebrated, individuality is championed, and communities are cherished.