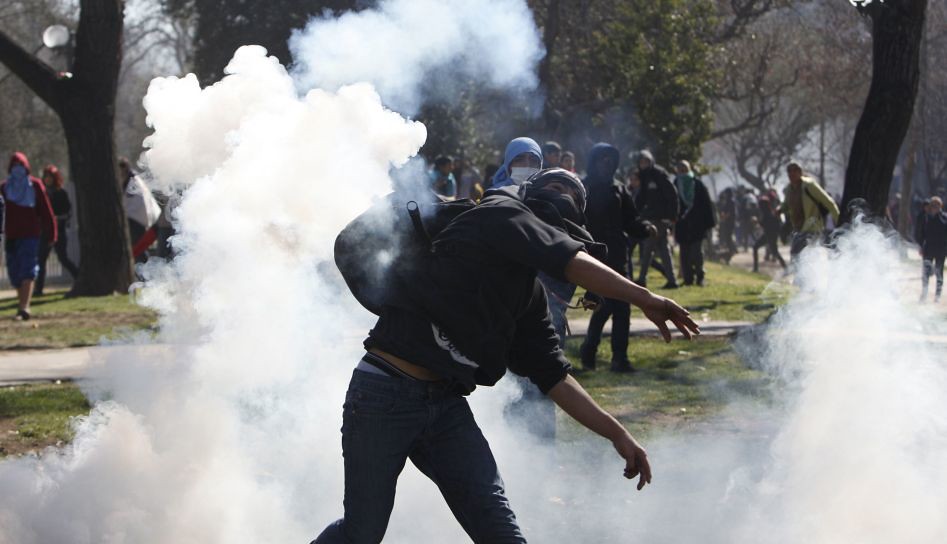 These past 12 months have been far from average, from the global pandemic, which is still a massive part of our daily lives, to increased political activism – primarily driven by Black Lives Matter (BLM) and Extinction Rebellion (XR).

Activism is excellent – it shows that Britain has a healthy, thriving democracy, but the problem born from it is the goals of a minority of people who run these organisations.

In the case of XR, they’ve taken Climate Change, which is a concern for 64% of people who participated in the People’s Climate Vote survey, with 72% of people in Western Europe and North America saying climate change is a global emergency.

If we look specifically at Great Britain, with data taken from a poll by YouGov: 45% of participants agreed with the view that ‘The climate is changing and human activity is partly responsible, together with other factors’, with only 1% being in denial about the climate changing.  To the statement that ‘The idea of man-made global warming is a hoax invented to deceive people’, 2% responded saying ‘true’ and 56% saying ‘false’.

Turning now to BLM, no-one decries their concerns as ‘illegitimate’; however, for many people, the way the people at the top are going about raising the message does not sit right. Instead of the leaders being at the front and taking the hit, they have sat back and allowed the movement to be hijacked by a minority of people who think they are helping – but in reality, are causing more harm than good.

In one poll by YouGov, when responders asked ‘How often, if at all, was it clear who was behind the ads about the BLM protests on big social media platforms?’, the responses were as follows: 10% ‘never’, 19% ‘rarely’, 26% ‘sometimes’. Additionally (in another survey by YouGov), it was found that 40% of people thought BLM had had a generally negative impact in Britain, with 24% saying they thought the protests had had a ‘small but short-term impact’. This small impact that BLM has had highlights the problem of having the movement being hijacked by a minority who think they are helping. The goals become unachievable, and the judgement of the actions to take next become clouded and detached from reality.

It is this detachment from reality that this piece has outlined from a few interesting survey results. These surveys give us data that shows us the real world. With everyone still in lockdown, it is easy to be consumed by mass social media. This might have you believe that we are being taken over by the far-left and that they are winning.

The danger is that the left-wing agenda has been (ironically) under the banner of a ‘kinder, gentler politics’. This new kind of almost idealised politics entered the mainstream when Jeremy Corbyn first became the Labour Party leader – way back in 2015.

The reality of the ‘kinder, gentler politics’ has focused so heavily on identity politics that the judgement has been clouded by generalisations and discrimination, which was only strengthened by the 2019 intake of Labour politicians – most notably Nadia Whittome and Zarah Sultana, MPs who are only a little older than me.

The mature, grown-up conversation has, in turn, been replaced by divide-and-conquer tactics. These tactics have forced cracks to appear, have caused instability and in place of stability is a plaster of hatred, curtailing of individuality and pitting people against one another.

In a report by Dr Rakib Ehsan, the findings highlighted the damage, from ‘physical violence towards the police’ to the vandalism of statues – including that of Sir Winston Churchill in Parliament Square. And it is this point that I want to stress; demonstrations and protests are great. They are more inclusive and gather a sway of attention. However, what we saw last summer is teetering on the edge of damage and danger. The damage and danger of a minority using racism in an attempt to destabilise society and further their own Neo-Marxist agenda.  For so long, we have been working towards a society that accepts everyone. Our community pulls together and does not buy into the idea of ‘identity politics’, because of the problems it causes regarding discrimination based on outdated stereotypes.

In another example of the damage and danger, one only has to look to the impact of the protests against the new Police, Crime, Sentencing and Courts Bill, “which provides for powers to tackle non-violent protests, including those deemed too noisy or a nuisance.”

These protests that have been held and are scheduled in some of our largest cities are known as ‘Kill the Bill’ protests, as those involved are concerned about the increase in police powers. In an interview, one protestor told the BBC: “I think the Government have deliberately put this bill for a time when people can’t protest and I think that’s really wrong.” Another told the BBC that “this Bill will last for decades if it does pass, and that will have very serious consequences over Covid currently”.

But these protests are taking a violent turn, from setting police vehicles on fire to attacking officers, leaving one officer with a broken arm and another suffering from broken ribs.

These scenes are not only terrifying, but also disgraceful; it really highlights the danger of a small number of people with the intent to cause danger and harm totally disregarding the nature of what was supposed to have been a peaceful protest.

I am a master’s student, so being exposed to the left-wing agenda is not new. It is something I have discussed with friends and challenged in essays. I won’t lie to you, though – at first, I sympathised with the movements; racism is still a problem, and it is scary. I believed (like a lot of people) that those in charge of BLM had good intentions – intentions that would benefit everyone, not just the minority, and there is no denying that XR has done an excellent job at raising the concern for climate change, getting the conversation at the forefront of the agenda.

But the danger lies in the small minority who are violently pushing for a very left-wing agenda and need to be stopped. Dividing society through identity politics and causing unnecessary disruption, along with injuring police officers – when you’re supposed to be peaceful – is not going to help; rather, rejection will come through thick and fast.

The requirement for a push-back needs to be strong and steady as well, as things start to open up again; from spending hours upon hours in our online echo-chambers, to seeing people and returning to a form of normality where conversations about what needs improving remain civil and are far from violent.