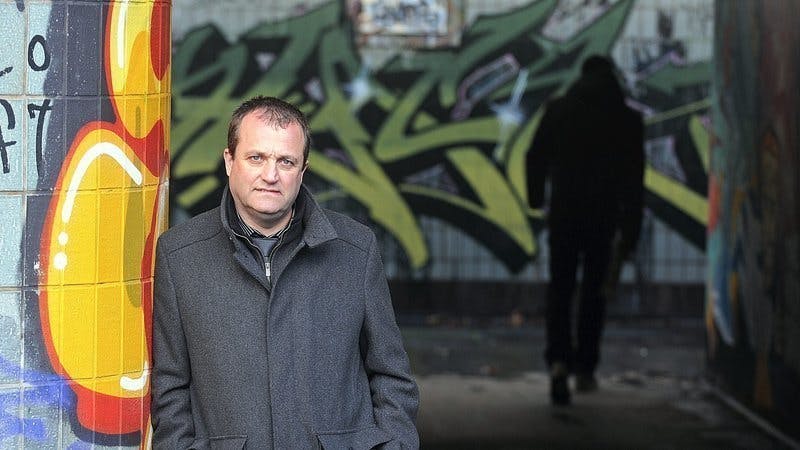 I am mournful. I am disappointed. Not for failing to become Mayor of Greater Manchester last week, for this was an impossible task for a ‘no-one’ with an eight-week campaign. I may be a loser, but I am a realistic loser. My feeling of melancholy comes from the lack of impact I made across the region. I received 2.7% of the vote, equating to 19,000 votes.

I may be too tough on myself; this is probably the case, as it a trait. I am my own best friend, but also my hardest critic. This is how success is achieved. I always put my all into my action – I never coast. Afterwards, I reflect on how I could improve and what learning is available to me for a similar situation. I constantly make mistakes, but I never make the same mistake twice.

The race was fun – I enjoyed myself. It forced me to think about new topics outside of my usual sphere of expertise. Some of my opponents had ideas that have influenced my future thinking. More ideas and new thinking is never a bad situation to find yourself in.

What have we learnt about Greater Manchester from the results of the race? The glaringly obvious is that Andy Burnham is the choice of the people, again. No ifs or buts. He bucked the national trend of Labour losses and increased his majority by 4% on a higher turnout of 34%. The last election was a 28% turnout.

This win was not a Labour win, but an Andy Burnham win – a win on 67% of the vote. He is the face of Labour in Greater Manchester, and the people see him as such. It is astounding that his vote share increased when his promise to eradicate rough sleeping was not delivered. When the police are officially failing under his leadership, and are in special measures. One of the candidates was a former police inspector and accused Burnham of incompetence and corruption. None of this mattered – his base remained strong and turned out.

Part of his success is luck – he was blessed with no effective opposition. I include myself in this category. The Tories went backwards from the last election, and their vote share shrunk by 3%. The Lib Dems halved their vote share. The only candidate who I think had a good result was the Green Party – they got 4.4% and came third. They still lost their deposit for not reaching 5%, as did everyone else, apart from the Tories.

The anti-establishment vote was split due to the high number of small parties and Independents – 5 candidates in total, myself included. This equated to 5.6% in total. That number is pathetically small in an age of political mistrust.

I attended several hustings on Zoom during the campaign. Personally, I found them a waste of time, and the Tory candidate made the correct decision to ignore them. For the events I did attend, it was like a left-wing ‘love-in’. Labour, the Lib Dems and the Greens were all singing from the same hymn sheet. You could not differentiate between them. It was a game of ‘Papa Bear’ speaking and the ‘baby cubs’ repeating the same mantra.

It made no sense to be a ‘baby cub’ for two parties desperate for electoral success. Milk teeth can still hurt and make an impression if you apply pressure. The only person to try to hold the incumbent Labour Mayor to the account was the Tory candidate. She managed this because she was invited to the central TV hustings – most other candidates were not. I found this unfair; there was a real sense of a two-tier candidate selection system during the campaign. Proper candidates and ‘waste-of-time’ candidates. Institutional discrimination! Sorry, I could not resist that dig.

What is the future for a change of leadership in Greater Manchester with such a popular Mayor? The first thing I must say, and Andy Burnham will be fully aware of this, is that popularity never lasts. Never. Churchill was voted out of office within months of winning WWII. Nicola Sturgeon was untouchable only a year ago. Things can change very fast – all politicians are only ever one event away from disaster.

The crumbling of the Red Wall may reach Greater Manchester eventually. It may have already begun. The cracks may be there already, but too small to observe. Only time will tell. Andy Burnham may even help us in this quest by resigning to pursue his Labour leadership aims. The current Labour leader, Sir Keir Starmer, is in huge trouble and will probably not make it to the next General Election. Burnham will be tempted down this path, for it may ultimately lead to 10 Downing Street.

Greater Manchester remains Labour. There are questions around what version of Labour it may be. Red socialist Labour or a new type of Labour? A new version of Blairism? Burnhamism? We have an interesting couple of years to find out.

While the above works itself out, I have an idea. The way to beat Burnham is to appeal to the 66% of voters in Greater Manchester who did not even vote. The disenfranchised. The forgotten. The ignored. The ‘deplorable’. This will be the secret to my success if I ever manage to be successful in politics. I have been working with this cohort for two decades, just not in a political manner. We need to give them a voice, a sense of hope and a dream of a better tomorrow. I will do this by promising a better future for their children. I will not lie and promise a better life today. I genuinely believe we can completely change the life outcomes of their children, if given their vote and some time.

We need to be honest, for they are not stupid. We are stupid for believing they are stupid.