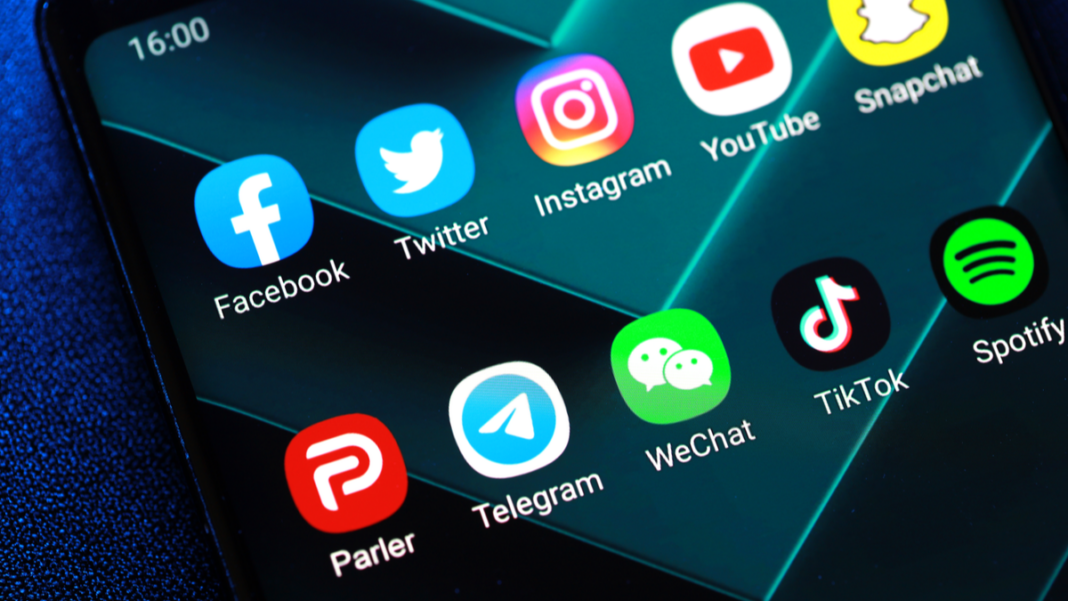 I get abuse online. Nearly everyone online gets abuse at some point. Social media is a cruel mistress of shallow pleasure. The only way to reduce this abuse is to starve it of the oxygen of publicity. Sticks and stones.

I now hear the cries for more censorship and that social media companies need to do more. More control over what people can say and write. Outlaw anonymous accounts. Really? I think we all need to calm down and take a ‘chill pill’.

Nasty words online are not pleasant, I know. But they are just words typed online. Can we give these adult football players the respect they deserve and stop infantilising them? They do not need your protection. They are millionaires, or soon will be, and can look after themselves.

Social media companies have too much unchecked power already. We recently witnessed them control the Covid information we were allowed to view. If you deviated, your account was closed. It turns out that the so-called ‘lab leak’ conspiracy theory is now a plausible explanation for the origins of the virus. But we were not allowed to read about it, post about it, or discuss it. It was forbidden. This was a modern version of book-burning. Exterminate the information you do not like.

During the recent US election, a story broke about President Biden’s son. His old laptop was discovered and investigated. It highlighted potential dodgy dealings. Biden’s name may have been used to influence foreign business deals. Social media companies branded the story ‘fake news’ and ‘harmful’. They stopped people from sharing it. The story did not come from an Internet troll, but from the New York Post – one of the oldest newspapers in the country, founded in 1801. It turned out that it was all basically true. Suppressing this story during the election may have contributed to Biden winning.

A few months later, the same companies removed the sitting US President from their platforms. Trump was banned – the most powerful man in the world, banned. An elected President had some of his communication channels removed, with no crime committed and no court involvement. Do we think that social media giants have too much power yet?

Imagine no more anonymity on social media. Pretend you work in government. You accidentally discover illegal goings-on that breach our rights and the law. How would you inform the people of this crime? How would you keep yourself safe as a whistle-blower? Would you trust the social media companies not to give your details to the police? It may only take a court order to access your details, or just a signature from a police inspector.

Let’s say that you did not care about being caught or punished for highlighting the crime. You could post the whistle-blowing information online from your own account. Once the information is on the Internet your task would be over – fait accompli. But a government in the future may only have to state that certain words or stories are ‘harmful’ to society for them to be illegal. Algorithms assess all new posts. Posts that contradict the Government’s ‘harm reduction’ law are rejected. People never get to read your post – it is blocked at the source and you are reported.

All major social media and tech companies today are predominantly left-wing and progressive. Pink and fluffy. They censor many posts on a daily basis. You may think this is not a problem, for they are the good guys. Who cares about the rights of Nazis, racists and fascists? Censoring ‘hate’ makes the world a safer and better place, but the extremely important question is who defines what ‘hate’ is? My definition will be different to yours.

What will political life be like a decade from now? No more Boris or Starmer. Politics constantly changes. We will have new faces and a new understanding of the meaning of democracy. New social media platforms will have been developed. Facebook and Twitter may be no more – just like ‘Friends Reunited’ and ‘MySpace’. The new tech giants could be owned by a different breed of billionaires. Religious zealots. Authoritarians. Communists. They would inherit all the powers and rules left behind by today’s legislation.

These billionaires would be able to interfere in elections by suppressing information if it was deemed ‘harmful’ or ‘fake news’. Or ban politicians from their platforms for breaching nebulous ‘community rules’. This would be a scary world – a perfect environment for a certain type of politician that we remember from the last century.

We already have pre-crime departments within all UK police forces. They sweep the Internet looking for non-crime hate incidents. This is an incident that does not break any law, but flags you up as a potential criminal. It is recorded on your police file. This is happening now across the country.

Now imagine if social media companies were asked to help in this matter. They could monitor what you browse and evaluate the likelihood of you committing a crime. They would then flag this to the police. The technology for this already exists – it would only take legislation.

Let’s take it one step further. Platforms could monitor user activity and award public scores in specific categories. Your online ‘tolerance’ score could be used to decide if you are worth having as a friend. Your ‘compassion’ score could be used as part of your promotion assessment at work. Your ‘diversity’ score could affect your credit rating.

Welcome to your safe and happy totalitarian state.

Do not throw away your freedoms today to combat some nasty words online. Be tech-savvy and just use the block button – that’s what it’s there for.

A brief history of the British Empire – Nick Buckley MBE