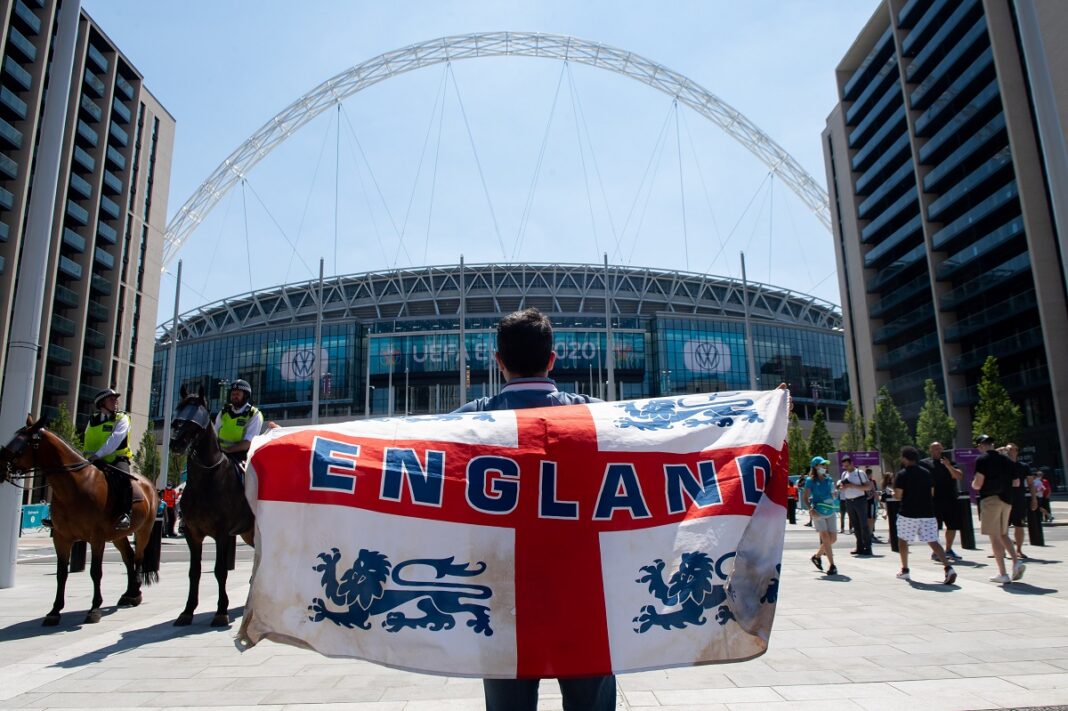 I decided to wait a couple of weeks before writing about missed penalties, racist abuse and a country losing its mind. I hope we are now in a more sensible position to look at the facts and work out what happened after the Euros final.

The team did not do themselves any favours by ‘taking the knee’ before the start of each game. I do not care why they did it. But to a significant proportion of the fans and country, it signalled their support for a racist, violent Marxist organisation. I found the gesture insulting, so did not watch any games. The spectacle of millionaires proclaiming to the world that the UK is a racist country annoyed me. I hope the fight against racism is not expensive, for these gents go out of their way to pay the least possible amount of tax.

Social justice idiots and race-baiters then jumped on the bandwagon. They promoted the team as a great example of the benefits of ‘diversity’ and ‘immigration’. We were told that the team would not exist without immigration – diversity was our strength. They set the scene for an amazing victory where they could point to ‘diversity’ and say ‘this is why we won‘. Or just as convenient, a loss where any racial abuse could be used as ammunition against a racist country. A win-win for the woke lunatics. Did it not surprise you that the woke were suddenly interested in a working-class sport such as football? They weaponised it – locked and loaded.

Then came the game. The final of Euro ’20 – a year late due to Covid. Of course, it went to penalties. Three black England players all missed their penalties. England lost – diversity was not our strength. The abuse on social media began.

There was always going to be abuse online. Football players get abuse all the time. I am not saying it is right or wrong – I am simply stating a fact. The mainstream media went crazy; the country lost its collective mind. How we did not have protests on the streets amazes me. One dead, foreign career criminal and we protest for months, but three English football players are horribly abused and no protests at all. How does this make any sense?

Someone vandalised a mural in South Manchester of one of the players. It was claimed the graffiti was racist. Every news headline reported the ‘racist graffiti’ story. The story flew around the world – Racist Britain. A few days later, the actual wording of the graffiti emerged. Childish and insulting, but in no way racist. By this time, local people had gathered at the mural to show solidarity with the player. Their way of fighting back against invisible racists. They took the knee while holding Black Lives Matter posters – professionally printed, that was handy! A shrine grew alongside the defaced artwork. Notes expressing tolerance, forgiveness and compassion were pinned to the wall by members of the public. The final resting place of a saint was commemorated in style. Where was the saint during this upheaval? He had taken a private jet to a wonderful destination to relax on a beach.

The artwork was repaired and rightly so. The council announced it was going to collect and store all the public messages, poems and artwork placed at the shrine for posterity. Unfortunately, the Manchester weather had other ideas. The shrine was ruined by a torrential downpour.

Where did all the racist online abuse come from? The surprising thing is that the vast majority of it came from abroad. Foreigners were the culprits – brown foreigners to be precise. Not many people wanted to discuss this new information. It can be dangerous to discuss brown people calling black people nasty names – you may be called a racist yourself just for pointing it out. A den of vipers.

The Premier League stated that, from their internal research, 70% of racist abuse towards black Premier League players comes from abroad – mainly from the Indian sub-continent and the Middle East.

The Guardian stated that, during the three group games, the England team received 2,114 abusive tweets. Only 44 were racist – this is a tiny amount. The coach, Gareth Southgate, was the main target of the abuse. We do not know where these 44 tweets originated, but the BBC investigated Instagram and only found 5 racist posts that originated in England.

Another analysis of the abuse highlighted the top countries for these racist tweets as India, the United Arab Emirates, Egypt, Iran, Saudi Arabia and Pakistan. Tweets originating in England accounted for only 4%.

It is clear from the above that some England fans did post racist abuse. No-one has denied this fact. These individuals were wrong to do so. A handful were arrested and will be rightly prosecuted. The point of this article is to put into perspective the scale of the racist abuse from England fans – it is tiny. The narrative that England is a racist country is overturned time and time again when the evidence is actually examined.

Southgate understands what it means to miss a penalty in an important game. He missed his penalty at Euro ’96. He has said on many occasions that he received abuse for years from fans. His abuse was not on social media, for it had not been invented, but face-to-face. People would shout at him in the street. I know abuse online is not pleasant – I have personally experienced it. But it pales in significance compared to grown men shouting in your face in the street. David Beckham was subject to vile abuse after he was sent off during a World Cup match in 1998.

An effigy of him was hung by the neck outside a pub in Croydon, and he was jeered at away games in the next season. Newspapers also attacked him and described the team as ’10 heroic lions, one stupid boy’. Another Manchester United player, Luke Chadwick, was abused by the press and mocked on TV because of his looks. It eventually damaged his confidence and potentially ruined his career. Some players have had bullets sent to them in the post – this is a different level of abuse. Football is not a nice environment for the weak or timid. It is tribal – it is warfare. I am not saying this is right or wrong, just a fact.

Why are people, in other countries, so passionate about the Euros final that they would resort to racist abuse of players? Are they overseas Premier League fans who dislike certain players because they play for a rival team? Are they anti-English and take any opportunity to criticise the team? Are they simply racists and looking for any opportunity to insult black people? Or is there something even more sinister behind the scenes?

Are we, as a country, being trolled because our reaction is predictable? Is it a game of winding up the English? Dropping a ‘race bomb’ and sitting back to laugh at the silliness of the white apologists?

Is it a co-ordinated attack on the very fabric of our society? Were we attacked by foreign ‘bots’? Do we have a foreign power trying to destabilise the country? Are they creating division and fostering mistrust throughout society? Divide and conquer. A country fighting internal battles is in no position to protect its own interests or to influence those of others. We have several enemies across the world who would like to see us embroiled in a civil war and then crumble away.

I have no idea of the motives or reasoning behind the racist abuse that three England players received when they missed their penalties, but the very fact that the vast majority of this abuse originated overseas came as a big surprise to me. I feel this does need investigating further.