Home Culture England are in the final, but I won’t be watching – Nick... 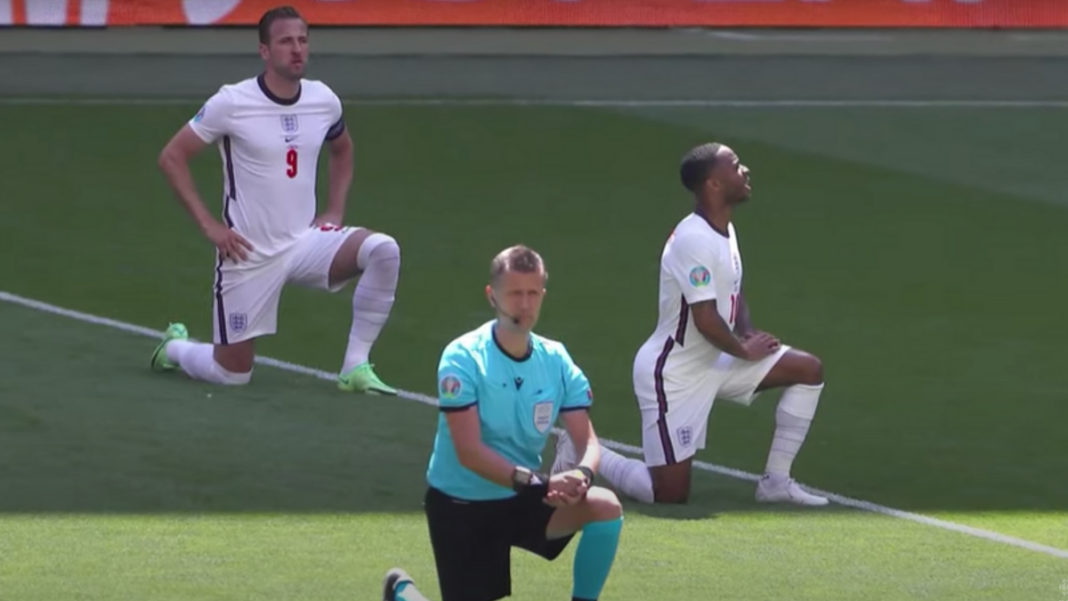 I have been called pathetic and childish several times in my life. Haven’t we all? If not, then you have never stood on principle and taken an unpopular view. If you do not stand up for what you believe in, then you are just one of the ‘sheeple’ – docile, compliant and easily influenced. Sheep/people.

I have criticised the England football team all year for ‘taking the knee’ before games. I have raised this on social media many times. Anyone who follows me will be in no illusion that I think the national team bending down in a public display of obedience is a national disgrace. So, I decided I would boycott the Euros and not watch any of the games.

England has now reached the final of a major competition for the first time in my lifetime. What should I do on Sunday? That is the question before me.

Bending down on one knee is an act universally connected to the Black Lives Matter organisation and riots last year. This is not disputable – it is a fact. We saw police officers in London ‘take the knee’ in front of baying crowds chanting “Black Lives Matter”. The Labour leader took the knee in his office and explained that Black Lives Matter was a “moment”. Premier League footballers took the knee while the wording ‘Black Lives Matter’ was printed on their shirts. Again, let me state that the act of bending down on one knee in submission is directly related to BLM. They are a hateful, racist, violent, Marxist organisation. They aim to overthrow capitalism and the West, defund the police and destroy the family. This is not an opinion – this used to be on their website.

The American Colin Kaepernick started the kneeling craze in 2016 during the American national anthem before a match. He said he could not stand to show pride in the flag of a country that oppressed black people. Is this what England footballers are saying?

The England team have stated that they are not kneeling for BLM, but to highlight racial inequality, injustice and discrimination. What inequality? Where? An explanation would be good. The whole thing grates on me. Over-privileged baby millionaires virtue-signalling with no understanding of context, nuance or history.

Some black footballers do get ‘hateful, racist’ abuse online. Newsflash: everyone gets hateful abuse online. All footballers get abused online. It is part of the deal when you open yourself up to social media. Sticks & stones. Social media is a cruel mistress of shallow pleasure. I am not saying it is right – I am saying it happens and it cannot be stopped.

Where are the England players on the topic of child rape gangs? For it or against it? I do not remember any players giving their opinion when we all discovered this crime was on an industrial scale. What about the hundreds of young black men who are stabbed to death by other young black men every year in London. Do they have an opinion on this? They should. Is this the inequality they mean? These players are pathetic babies.

Once you nail your colours to the mast, you have nowhere to go. You have to stand by your words and actions. There is no point fighting your corner only when it is convenient, easy or popular. If you believe you are right, then you should stand up to be counted and face the consequences. Live not by lies.

I am right in this matter. Taking the knee is a political statement. It is a racist, Marxist gesture that damages the very fabric of our society on every occasion it takes place. The damage may be minuscule, but damaging it is. Every person in the country, and around the world, looks at this act on the field of play and concludes that the UK is racist. For why else would footballers make such a visual statement in a competition?

I have not watched any games to date. I will stand strong. I will not watch players who represent my country on the world stage disrespect our nation and people. I cannot – I will not.

On Sunday evening, I will be watching South Park. I hope England win.