Home Culture One year on from being cancelled – Nick Buckley MBE 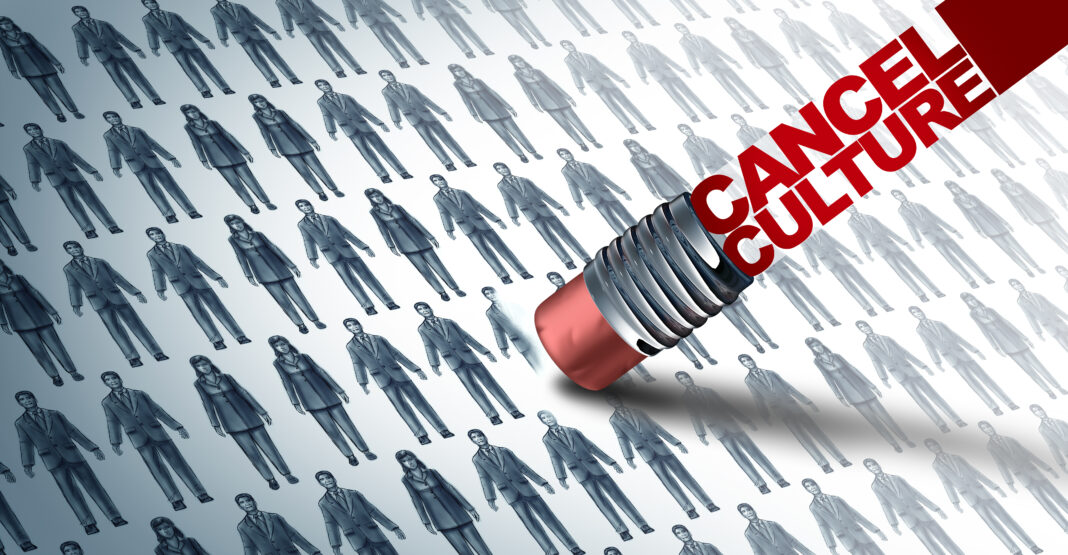 Monday 15th June 2020 was a day that defined my life. It was the day I was publicly cancelled. Two decades of work and my reputation all destroyed. I was summarily executed, but surprisingly resurrected five weeks later.

Many cultures have ‘trial by fire’ traditions for boys to face a test of fear to foster their passage into manhood. My test took place at the ripe old age of 52 years old. I passed.

Life is easy in the UK. We have first-world problems. They are still problems nevertheless and can negatively affect us. But serious problems of life and death do not come along often, if at all. If they do, we are helpless, for we are not prepared and have no experience to draw upon to influence our response. ‘Headless chicken’ is a good description.

Four friends plotted a murder. It had been arranged. Group action with no individual guilt for all culpable. They plunged their daggers into my back as a sacrifice to the online mob, in the hope that they would be passed over. They painted their red cross with spilt blood.

After a year, my wounds continue to weep for friendships lost. So many questions are still unanswered. I have an answer to the question of why the path of betrayal was taken. It is the same reason why decent Germans did not put a stop to the Nazis. The same reason why police officers did not stop the gang rape of thousands of girls. The same reason why no-one stopped Jimmy Savile and his lifetime of abuse. Cowardice.

Cowardice is a trait wherein excessive fear prevents an individual from facing danger. The manifestation of ‘danger’ can be different in different situations. But let us be honest: today, it is rarely ever actual bodily violence. Germans opposing the Nazis did face the real threat of death and were exterminated. Others above were simply fearful of losing a promotion, damaging their career or just scared. Personal convenience was valued more than ending the abuse of others.

The trustees of the charity I founded demonised me. They referred to me as far-right, which is just a polite way of calling me a Nazi. I had an unfashionable opinion and I did not follow the in-crowd. It was heresy to shout ‘The king is in the altogether!’ An online mob demanded the trustees sack me for my blog on Black Lives Matter. I was summarily dismissed over e-mail. My opinion may have been deemed controversial a year ago, but today my article is just bland commentary on known facts. BLM is now seen as a sham, a con, a race-baiting organisation. It turned out that a handful of strangers’ opinions was worth more than my friendship and professional reputation. I am sure the Trustees searched for courage, but were ultimately disappointed. They surely taste the bitter truth today when reminded of their lack of character that led to treachery. Our conscience never forgets – it is the gatekeeper to our past deeds. This is a cross they will have to carry. The only remedy is to repent and apologise. We all make mistakes. We all let ourselves down. We are all not the individuals we wish we were or could be. We are human.

Similar to the boy who overcomes a tribal manhood test, I arose with a new sense of being. I had the courage gained from facing death and overcoming. When you stare into the face of oblivion and do not capitulate or beg for mercy, then you are already victorious. I beat the online mob, for they were nobody. I defeated my former friends with a single solicitor’s letter; they all resigned from the charity in disgrace. I retook control.

When you are no longer afraid, you are set free. Freedom brings a new vision. You see the opportunities available that were previously hidden by fear. This is how I have lived for the last six months. Opportunities manifest themselves almost on a daily basis. I grasp as many as I can. I have been busy.

I wrote a book on how to avoid becoming a coward and I have started a second one, exploring the nature of begging. I hope my first book will be out later this year to buy. I stepped into politics by standing for Mayor of Greater Manchester. I did not win, but I conducted open and honest discussions on many topics. I learnt so much in the process. I continue to write articles on many topics. Some because the topic interests me and I want to learn more. Others because the topic is current and I have an opinion to share. I publish everything on my ‘Locals’ account. And let us not forget my multi-award-winning charity – I still run the charity and it continues to change lives every day.

I am working on a new online project and will start to raise funds from today to bring it to life. We need a louder voice to hold woke businesses to account and I intend to do exactly that. @GoWokeGoBrokeUK will be an online voice to highlight the actions, statements and ideology of the businesses we give our hard-earned money to. You would not buy a cupcake from a Nazi, so why buy one from a business that promotes violent racist Marxists or wants to physically abuse children? As customers, we have influence – we just don’t realise we do. I want businesses to understand that if they go woke, they will lose money. I do not want them to espouse different views instead; I want them to keep their mouths shut and just sell the cupcakes. To read more and donate, please visit this link.

My learning from the last year is simple. If you are no longer afraid, then you make the correct choices, for you already know what is right. If people have to bully, scare or intimidate you into accepting their version of reality, then it is a false reality. We all innately understand good vs evil, right or wrong, good and bad.

Turn off the noise in your life, close your eyes to all distractions and contemplate. Whatever you come up with is probably the correct answer for you and your life.