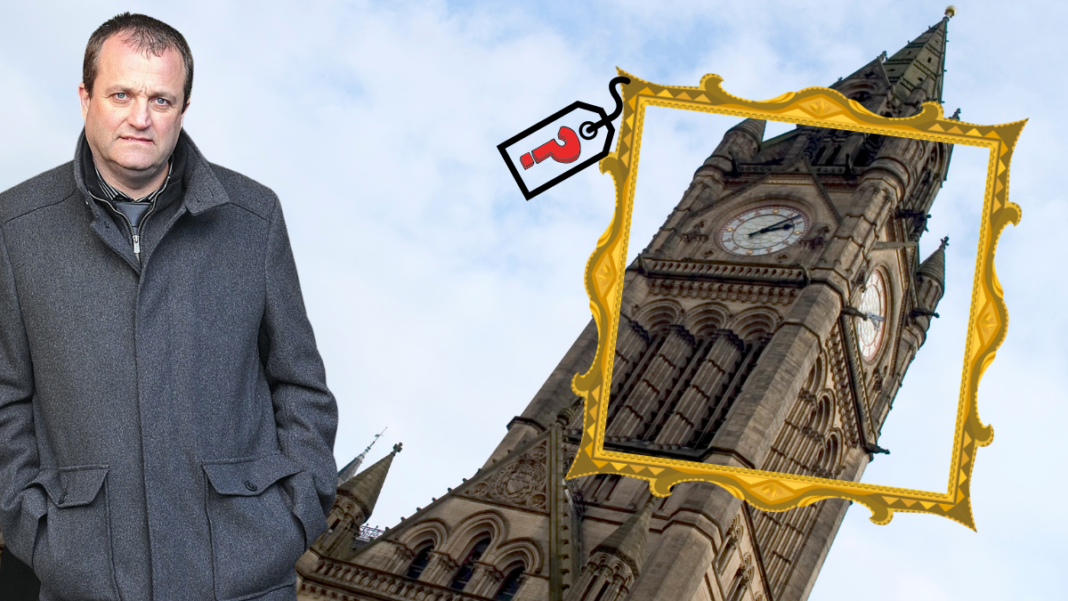 As many people know, I spent nearly a decade working for a local council. When this comes up in conversation with non-council friends, they sometimes ask for an example of where I have seen waste or incompetence.

Let’s pretend we are close friends so I can share some of these stories with you! This topic will be a series of articles over many months. I have a lot to share.

My first memory of waste was when I needed to buy a cheap A4 picture frame. I needed it for a certificate I had created for a young person. Would you buy something 15 times the price for the same item in a shop down the road? Let me explain further.

While working with young people, I often looked for different ways to engage them. As a Youth Intervention Officer, I worked with young people and parents. This was beneficial when attempting to improve the young person’s behaviour. My job was around stopping young people heading down the wrong road in life. We called it early intervention, and it was successful.

I came into work one day and was greeted by some good news. One of my priority kids had done something good, which rarely happened. We did not aim for kids to be good, just not to be bad. A 15-year-old troublesome kid – let us called him Pete – was hanging out in his neighbourhood at around 10:30pm. Pete noticed a toddler, around 3 years old, strolling down the street.

Pete instinctively knew this was not right and potentially dangerous for the toddler. He walked over and spoke to the toddler. Then took the toddler by the hand and walked to the nearest phone box. You can tell this was 2 decades ago, because what teenager today does not have a mobile phone glued to their hand?

Pete phoned 999. The police came – drama over. The toddler had walked out of an unlocked kitchen door at home and had just gone for a walk. The parents had phoned the police and were in the area searching for their baby. All’s well that ends well.

Pete was a troubled kid. His older brothers were criminals and their mum had no control over any of her 5 kids. No father on the scene. We knew which way in life Pete was going to go without some help and support. He was one of the main perpetrators of anti-social behaviour locally. His neighbours were constantly reporting him for his actions.

You catch more flies with honey than vinegar. I had a good opportunity to show Pete that positive behaviour is rewarded in society, which would counterbalance my usual speech on where poor behaviour would lead. I suspected it would be the first time that he would have received praise, as opposed to constant criticism for his behaviour.

I opened Microsoft Publisher on my computer and designed a certificate – an award to Pete on behalf of a thankful community. A Citizenship Award – hence why I needed an A4 picture frame.

I spoke to the office manager and requested £1 from petty cash so I could get the picture frame I needed – they were just £1 in the Pound Shop – but this request was denied. Council policy did not allow for such transactions. A picture frame could be purchased through the council’s online system. The office manager quickly found the right size picture frame and ordered it. An invoice was printed out and handed to me for my file. The invoice stated £15 for one item.

A money-saving online system that costs 15 times more than the same item in a Pound Shop! If you ever wonder where your Council Tax money goes, then welcome to the real world.

So what happened to Pete and the picture frame? The picture frame arrived a few days later and I inserted the homemade certificate – the Citizenship Award. I arranged to go around to Pete’s house straight after school finished. I spoke to the local police officer and he agreed to come along so he could build bridges with Pete and his mum. Community policing is all about developing relationships.

We arrived at Pete’s house and knocked. Mum answered and her face changed instantly. What the hell did we want now? Her face said it all. I have seen many such faces.

I explained. We thought Pete had been a hero a few nights before and had potentially saved the life of the toddler. She invited us in. Pete was watching TV. The first words out of his mouth were: ‘I didn’t do anything!’

I smiled. He probably had.

I presented the framed certificate. Pete smiled and was genuinely pleased. I would say he was proud. His mum disappeared and came back with a small hammer and a nail. She hung the certificate above the fireplace while we were still in the living room. She was also proud. It was probably the first time someone had ever praised one of her children.

Whether £1 or £15, the money was well-spent. It was worth taking the opportunity that arose to try and change the life of a young boy for the better. That was my job.