Home Politics HS2 has caused a stir, but why is it so controversial? 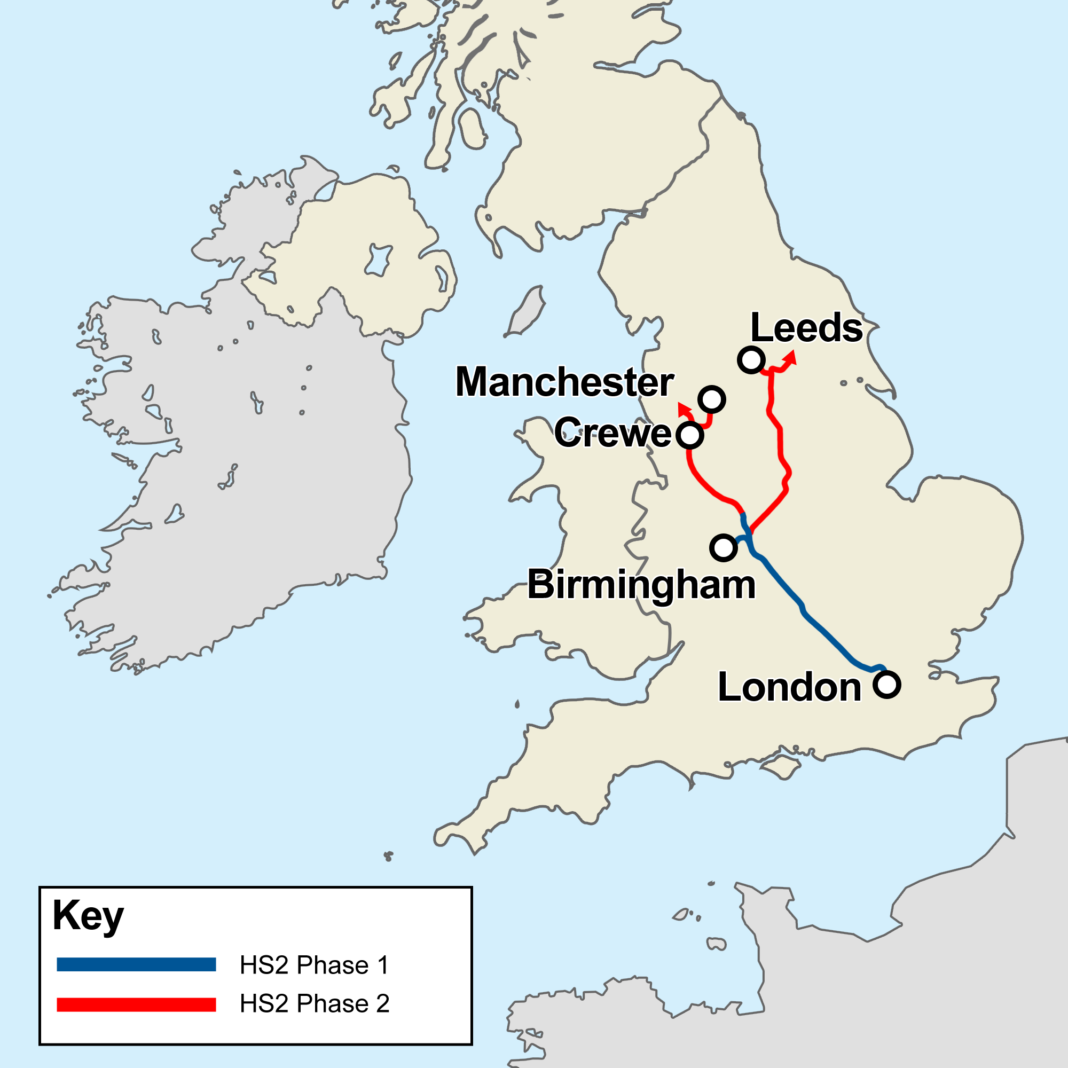 The recent Liberal Democrat by-election victory in Chesham and Amersham sparked headlines. The election was called following the passing of former Wales Secretary Dame Cheryl Gillan who, despite being a Brexiteer in a pro-Remain seat, had retained the seat with more than 50% of the vote share in 2017 and 2019.

Analysts have suggested that the Tory defeat may have been due to a crumbling of the so-called ‘Blue Wall’ in Southern England, with some suggesting local issues such as HS2 have played a role. So what are the latest developments in this high-speed railway project?

HS2 has two phases. The first is to link London to Birmingham and the second is two further routes – one to Manchester/Crewe and another to Leeds, forming a Y-shaped network. It will be the second purpose-built high-speed railway in the United Kingdom after the London-Channel Tunnel link.

Politicians from across the political spectrum have in the past voiced support for the project, including former Prime Minister Theresa May and former Leader of the Opposition Jeremy Corbyn. Supporters generally feel the line will increase capacity, ease crowdedness and shift commuters from the roads.

Opponents have included Shadow Children and Early Years Minister Tulip Siddiq and former UKIP and then Brexit Party leader Nigel Farage. Arguments against the project include environmental and ecological concerns, as well as fears that it is not financially worth doing.

Last year, following a review ordered by Prime Minister Boris Johnson, the Government pushed ahead with the plan. When the original plan was mooted in 2009, it was costed at £37.5 billion. The Oakervee Review, however, put the price at between £80.7 billion and £87.7 billion. Transport Minister Andrew Stephenson has suggested a further £800 million has been added to the cost due to protests and coronavirus pressures.

HS2 has said that it employs over 13,000 people and thousands more jobs will be supported through the supply chain to the network.

Earlier this week, the Chief Executive of HS2, Mark Thurston, called on the Government to “use all the agencies of government” to help it deal with “violent and disruptive” protests.

Mr Thurston told the Public Accounts Committee: “We understand at HS2 that people along the route who didn’t choose to live alongside the work that we’re doing have every right to peacefully protest.”

But he added: “The action we’re seeing is anything but lawful. It’s becoming violent and disruptive.

“We need to protect our workforce, as well as the protesters, and local people in some cases. We are very exercised about this.”

Actions include the erection of camps in Colne Valley and the digging of a tunnel at Euston Station in London to halt construction.

Campaigners have claimed that the line will damage over 100 ancient woodlands and a spokesperson told The Guardian: “It is our human right to peacefully protest and it is our responsibility to witness and document the wildlife crimes that are being committed by HS2 every single day.

“If public bodies and government agencies, such as the police and Natural England, were doing their jobs properly and holding HS2 to account for their crimes, there would be no need to protest.”

Mr Thurston has suggested that protesters have cost the taxpayer a further £75 million.

The original plan was to have Phase 1 operational in 2026, with 2027 seeing the link to Crewe and Manchester and the Leeds route being completed in 2033. Allan Cook, the previous chairman, said in 2019 that the actual project could be up to seven years behind schedule. In September 2019, Transport Secretary Grant Shapps suggested the first trains might not be running until 2028-31, with the final completion being pushed back to 2035-40.

Although during the campaign Tory candidate Peter Fleet argued that no Liberal Democrat MP had voted against the project, the constituency’s new MP, Sarah Green, told the BBC before the election: “For me, HS2 is a big no. If elected, I will be a thorn in the side of this government and HS2 contractors”. She said she was concerned about tunnelling damaging chalk streams that provide water for locals. An HS2 spokesman said the tunnel boring machines had been designed specifically for use in the local geology and that no water would be “drawn from chalk streams”.

The most recent YouGov public polling on HS2, from 14 June, found that 18% of respondents tended to oppose HS2, with 21% strongly opposing it. 19% said they tended to support it and just 6% said they strongly supported it. 25% said they neither supported nor opposed it, whilst 11% said they didn’t know.