Home Politics Batley and Spen: Can Boris’ Tories bounce back from Chesham and Amersham... 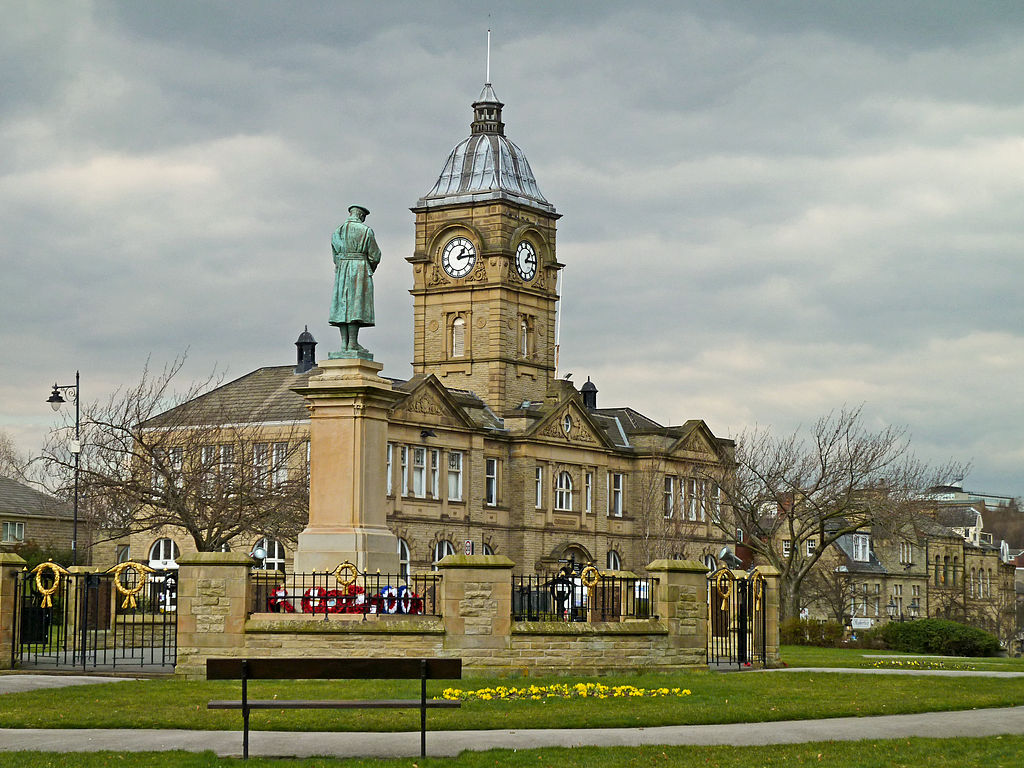 In just two days’ time, voters in the West Yorkshire constituency of Batley & Spen will go to the polls to elect the successor to the former Coronation Street actress and Labour MP, Tracy Brabin.

Brabin, who represented Batley & Spen in Westminster following the murder of Jo Cox by a far-right terrorist in 2016, was forced to stand down as the local MP after she won the inaugural West Yorkshire mayoral election on Super Thursday in May.

Despite Brabin’s victory, the pressure is mounting on Sir Keir Starmer to cling on to Batley & Spen after the Conservatives overturned a 3,595-vote majority in Hartlepool to win the seat by 6,940 votes.

However, unlike Hartlepool, Batley & Spen is not a ‘Red Wall’ seat. Rather than being staunchly scarlet since the Second World War, the West Yorkshire constituency has been considered a marginal seat since its creation in 1983, with a little over a thousand votes separating Britain’s two main parties.

In fact, in its early electoral contests, it was the Conservative Party who came out on top. Margaret Thatcher’s Tories narrowly edged Labour out when she returned to power after the Falklands War, and continued to do so when John Major retained the seat in his shock election victory of 1992.

It was only after Tony Blair romped to power in 1997 that Batley & Spen started to become a bit of a shoo-in for Labour. Under Blair’s stewardship, Labour’s lead over the Tories never dropped below 5,000.

After a slight dip in 2010, voters in Batley & Spen started to put even greater faith in Labour, reaching new heights in Ed Miliband’s unsuccessful 2015 campaign and in Jeremy Corbyn’s 2017 defeat. At this point, with a majority of almost 9,000, Batley & Spen looked safe for Labour.

But the party political history of Batley & Spen is not the only aspect that distinguishes itself from Hartlepool, Blyth Valley or even the neighbouring seat of Wakefield in the ‘Red Wall’.

Whilst Batley & Spen voted to leave the European Union, with Chris Hanretty estimating 59.6% of locals had supported Leave, it did not do so with quite the same conviction as the dozens of seats the Prime Minister picked up in the Brexit election of December 2019.

Moreover, even support for Nigel Farage has been lower in the West Yorkshire seat than in other areas of the Leave-voting heartlands. In 2015, 18% of electors voted for UKIP, compared to 28% in Hartlepool. In 2019, the Brexit Party finished in fifth place in Batley & Spen with just 3.2% of the vote. By contrast, Richard Tice received 25.8% of the vote in Hartlepool and finished in third place.

Given that the Tories’ victory in Hartlepool followed voters gradually moving from Labour to UKIP to the Brexit Party to the Tories, most psephologists would agree that winning the by-election in Batley & Spen would be a difficult task for the Conservative Party.

Nonetheless, the Tories will hope to win over the 12.2% of voters who opted to place their support behind the pro-Brexit candidate from the Woollen District Independents, Paul Halloran, who has decided not to contest this by-election.

This might partially explain why the recent Survation poll for The Mail on Sunday put the Conservative candidate, Ryan Stephenson, on 47%, up eleven points from the last election. According to the opinion poll, Labour are currently in second place on 41%, which is only marginally down on their 2019 result.

But the problems for Labour go well beyond the polls. The party’s candidate has also had a tough time on the campaign trail in recent weeks. Labour’s Kim Leadbeater, the sister of the murdered former MP, has been heckled and chased by rival activists in the area. Just recently, Sky News reported that Labour doorknockers were pelted with eggs by less-receptive residents.

It is believed that much of the antagonism in the area is being capitalised on by George Galloway, who registered 6% in the Survation poll.

Galloway, who is standing as the constituency’s left-wing “Starmer Out” candidate, first sat in Westminster as an MP for Labour in 1987. In 2012, following his defection to the Respect Party, Galloway trounced Labour in the Bradford West by-election with a swing of more than 30 percent. In more recent times, however, Galloway has not been as successful. The Scotsman was defeated by Labour in Bradford West in the 2015 General Election, and recently finished seventh on the regional ballot in the 2021 Holyrood elections.

In March, Batley & Spen hit the frontpages after a teacher was suspended from working at his local secondary school for showing a caricature of the Islamic Prophet Muhammad. Following his suspension, Batley Grammar School has been at the forefront of many reports on cancel culture and religious tolerance.

In Owen Jones’ vox pop in the constituency it became clear that many Muslim voters, who account for an estimated 1 in 5 residents in Batley & Spen, were considering voting for Galloway on July 1.

Nonetheless, that “The Teacher” incident was not the only cause for voters to move away from Starmer. From Palestine to potholes and Kashmir to Covid, Muslim voters in Batley & Spen felt let down by the Labour leadership.

There have even been a series of disparaging pamphlets produced against the Labour leadership specifically to court the Muslim vote. According to The Times, Southside believes this has come from Galloway’s campaign.

However, the Labour Party are not immune from using underhand campaigning tactics themselves. In one leaflet, Labour claimed “the risk of voting for anyone but Labour is clear” next to a picture of Boris Johnson shaking hands with the Prime Minister of India, Narenda Modi.

Nevertheless, there are a total of 16 candidates who are vying for the votes of electors in Batley & Spen. The Green Party are a notable exemption, after their candidate was withdrawn for homophobic tweets.

Following their success at the Chesham & Amersham by-election, the Liberal Democrats have selected Tom Gordon as their candidate for the West Yorkshire constituency.

Whether Labour cling on, the Tories make an unprecedented second by-election gain or Galloway can shake up Westminster again, the candidate elected as the MP for Batley & Spen on Thursday will have to do their utmost to unite the incredibly divided constituency that they will soon represent.