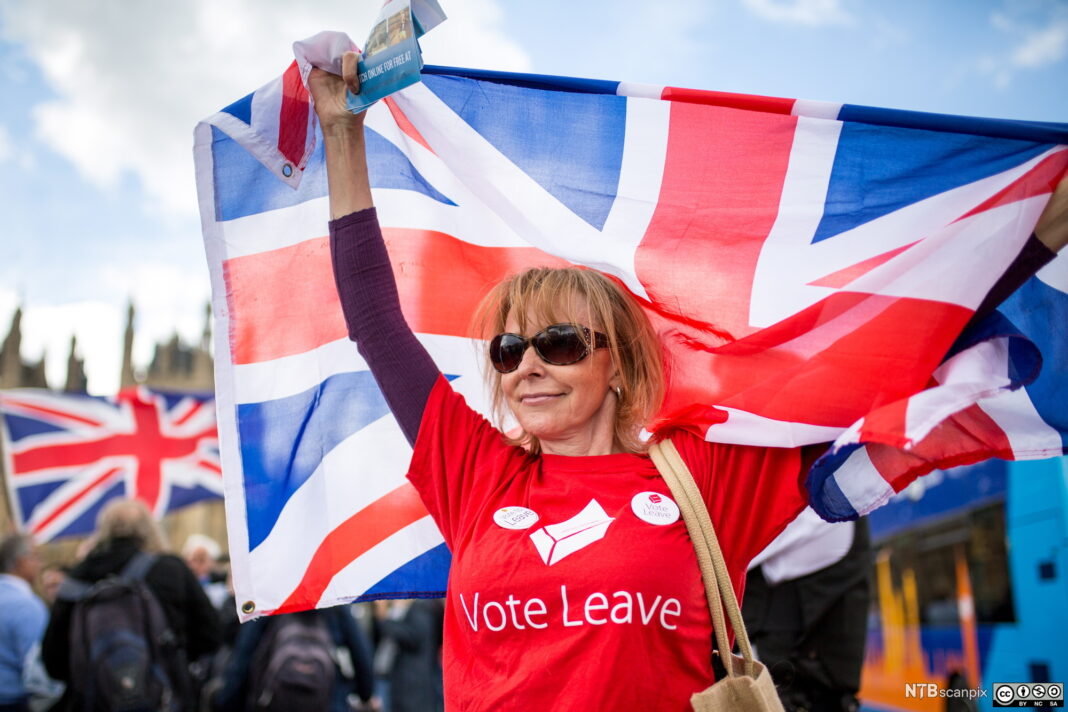 On the 23rd of June 2016, voters in the United Kingdom took a decision that would transform British politics and re-position the nation’s place on the world stage forever.

After 43 years as a member of the European Union, the country decided, by a margin of 52% to 48%, to take back control of our money, laws and borders by opting to leave the Brussels-based trading bloc.

Throughout the campaign, activists from the pro-Remain Britain Stronger In Europe group, including the then-Prime Minister David Cameron, were accused of deploying Project Fear scare tactics in the run-up to the historic poll.

Amongst some of their claims, Remain campaigners suggested that Brexit would push Britain into a recession and cause house prices to plummet, and even made the ridiculous assertion that it would make World War Three more likely.

But now, five years after the British people voted to leave the European Union, the effects of Brexit are starting to materialise.

It was a long journey to get to this point. The nation was asked to decide whether Theresa May or Jeremy Corbyn should govern, and then May went to Brussels for several late-night negotiations, only for MPs in Westminster to reject her proposals on three occasions.

Boris Johnson’s successful bid for the Tory leadership changed all of this.

Johnson, a central Vote Leave campaigner, stood committed to delivering Brexit and, after he stormed to an 80-seat majority in the 2019 snap election, he finally pulled the UK out of the EU.

Last night, the Prime Minister hailed the decision taken in the 2016 referendum and called on the UK to “seize the true potential of our regained sovereignty” in the nation’s post-Covid economy recovery.

So, with Boris delivering Britons the Brexit they voted for, it seems like a good time to ask whether David Cameron’s doomsday predictions were right, or whether Brexit has instead unleashed Britain’s economic potential?

For those who remember the 2016 referendum well, the then-Chancellor of the Exchequer, George Osborne, told voters a Leave vote “would push our economy into a recession” within two years. However, between 2016 and 2018, Britain did not enter a recession. Instead, employment in the UK has continued to grow, and average weekly earnings have spiked since Britain severed ties with Brussels.

In particular, the Remain campaign feared that jobs would leave Britain in their droves bound for the continent. However, in reality, companies have kept their faith in Britain. From Goldman Sachs to Honda, Unilver to Nissan, companies have opted to keep and even move jobs to the United Kingdom. And even on the value of sterling, which took a dip after the Sunderland declaration in 2016, the Project Fear predictions were tipped on their head this February, when the pound returned to pre-referendum levels against the US dollar.

Similarly, the Chancellor suggested that British households would be £4,300 worse off if Britain left the EU. At the time, this figure was criticised because it estimated the Brexit losses forecast by the Treasury that would be divided between British households. Nonetheless, now, with Britain not dipping into a recession aside from the effect of the pandemic, those figures are widely off the mark. But the Remain campaign also suggested that house prices would drop by 18% following a vote to Leave. In reality, house prices increased by 5% two years after the vote, and now continue to grow as Britain bounces back from the pandemic.

Finally, Brexiteers were also denounced for wanting to sign free trade agreements with nations around the world. Remainers said it would take at least 7 years to sign a trade deal with the EU. Instead, Boris Johnson managed to agree to terms less than two years after he became Prime Minister. As a result, rather than being isolated in the world, Britain has recently signed a historic trade deal with our antipodean cousins in Australia. It has refined and improved the EU’s accord with Japan and now looks set to kickstart talks for the Asia-Pacific CPTPP treaty.

But the UK will have to wait until after the coronavirus pandemic has abated to see the full repercussions of Brexit. By that time, the country will have been able to negotiate even more free trade deals, cut costly EU red tape and, if economic forecasts are to be believed, we will even start to outstrip our European rivals in terms of GDP growth. Nonetheless, even before we reach this point, it would be fair to say that Brexit Britain has performed much better than any of the Remainer doomsayers of 2016 would have had you believe.