Home Opinion Brexit Britain leads the way on Ukraine, but could still do more... 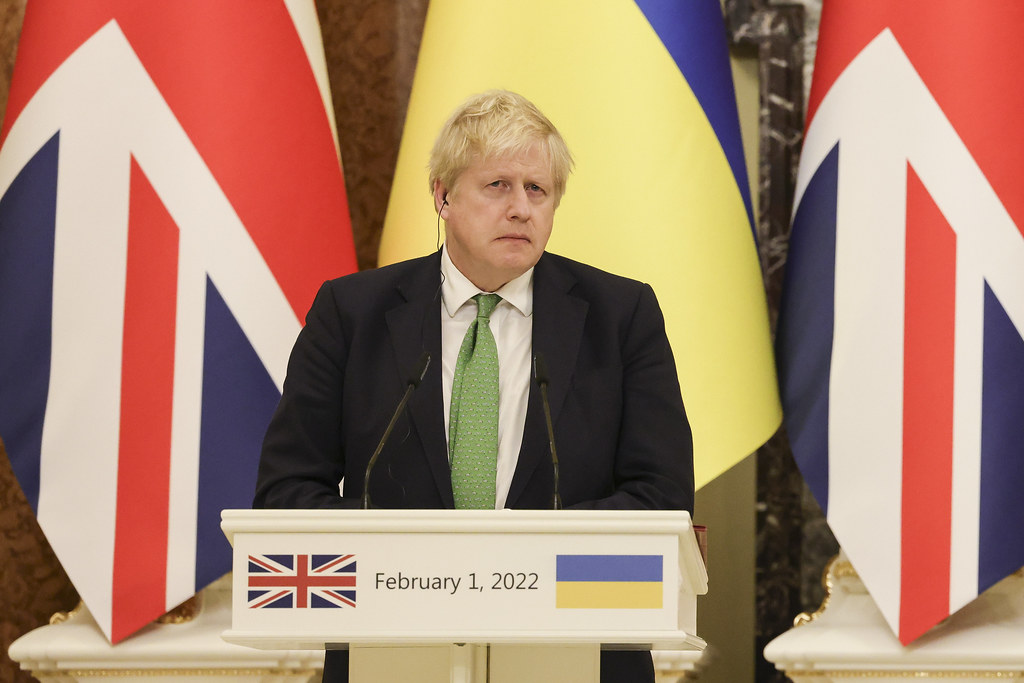 At a time of growing instability in Europe, with over 100,000 Russian troops stationed on the Ukrainian border, one nearby neighbour stands head and shoulders above the rest in the support it has offered to Kyiv.

No, not Germany, the nation lauded as the European Union’s main superpower.

Nor is it France, which was tipped to gobble up the space left by the UK’s departure from the Brussels-based bloc.

Instead, on the other side of the Channel, a country shunned for taking a leap into the unknown has maintained and quite possibly enhanced its position as a nation trying to lead the way on the world stage.

In fact, Ukrainians have been keen to express their gratitude to Brexit Britain.

For a time, ‘God Save The Queen’ was trending on Twitter and MPs in the Rada held up two Union Jacks, alongside the flags of NATO, Canada, Czechia, Denmark, Estonia, Latvia, Poland, Turkey and the USA.

This all seems completely at odds with the warnings that Britain would become a global irrelevance if it voted to leave the Brussels bloc.

“If we want Britain to be a leader in the world, we need to be in Europe helping to take the big decisions,” the Remain campaign told voters.

Boris Johnson, the face of the Vote Leave campaign, even appears to have moved on from an arguably abysmal stint as Foreign Secretary under his predecessor Theresa May to stand up for Ukraine, while other countries have floundered.

The Prime Minister, who is also juggling with a ‘partygate’ police investigation and significant political pressure, visited Kyiv earlier this month, announced the UK would give Ukraine £88 million, then met with his Polish counterpart in Warsaw and hosted a virtual meeting for Western leaders.

In contrast, French President Emmanuel Macron spent the first few days of the Ukraine crisis moaning about the Northern Ireland Protocol and German Chancellor Olaf Scholz was forced to respond to the criticism Berlin faced, much of which concerned Germany’s failure to provide Kyiv with weapons.

However, while Brexit Britain has rightly received praise over its response to the crisis on the Ukrainian border, it remains to be seen whether it has the nerve to stand up to Beijing.

Early signs suggest the UK is at least open to taking the action needed.

Last September, much to the annoyance of the French, ‘Perfidious Albion’ agreed to a new military pact with Australia and America, which would look to create nuclear-powered submarines.

Remainers will be quick to say the defence deal was totally possible while a member of the European Union, and of course they are right.

However, would anyone seriously argue that the UK would be able to forge an alliance with two key nations in the Anglosphere, given that even when Britain took a less combative approach, former Prime Minister David Cameron was outvoted 40 times by the EU during his six years in Number 10?

Or as Colonel Richard Kemp put it: “Brexit has given us greater freedom to act in our national interests and the interests of our most important allies, without fearing a row in Brussels or other European capitals.”

The UK Government has also taken the decision, albeit in a late U-turn, to oppose the Chinese telecoms company Huawei from running Britain’s 5G network.

Many Brexiteers, including former Tory leader Iain Duncan Smith, hope the UK Government will go even further and take a more hardline stance on China, especially considering Bejing’s shocking treatment of Uighur Muslims in the Xinjiang region and its regime’s lack of respect for Taiwanese sovereignty.

But criticisms of London’s relationship with Beijing come just a couple of years after former Chancellor George Osborne championed a “golden decade” for Anglo-Chinese relations.

Even after Osborne was ousted from office, the Chinese grip on Britain’s economy has continued to tighten.

In 2021, Chinese exports surged to a record-breaking £63.5billion – up from £42.9billion in 2016 – and Mr Johnson is reportedly keen to ramp up economic activity between the two nations.

While the UK should arguably seek to prioritise trade negotiations with our Commonwealth colleagues in India, which kicked off in January, a much more pressing issue is the sheer level of Chinese investment in Brexit Britain.

Brits might be quick to question why EU Member States are so dependent on Russian gas supplies, including in Germany, where more than 30 percent of natural gas imports come from Russia – but this is almost entirely emulated in terms of Chinese investment.

The state-owned China General Nuclear group even bought a 33.5 percent stake in Hinckley Point C, which is mostly owned by the French-taxpayer-backed subsidiary EDF Energy.

This sort of investment is not only significant to the UK – it is an investment that threatens Britain’s national security.

So, while Mr Johnson and his Cabinet colleagues continue to lead the way on Ukraine, they should look at Germany’s dependence on Russia and consider just how damaging it would be for Brexit Britain if it continued to pursue a relationship of reliance upon China.