Home Politics Public consent would be endangered by Boris’ four-week delay if the public... 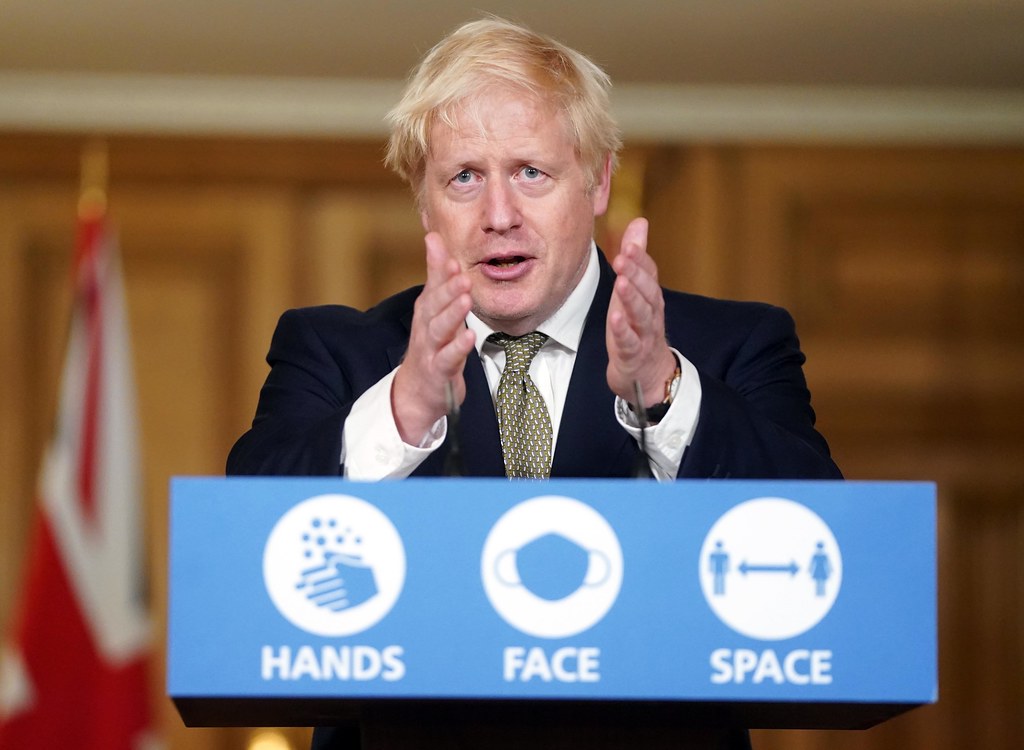 On February 22nd, when the UK faced almost 10,000 Covid cases per day and had administered less than 18 million vaccine doses, Boris Johnson’s Government decided to set out their roadmap to cautiously ease lockdown restrictions.

When the Prime Minister made his announcement, many Britons would have undoubtedly had June 21st, optimistically championed by the newspapers as the nation’s “freedom day”, in their sights.

At a time when the days are longer, temperatures can reach as high as 29°C, and football may very well be coming home, we cannot be surprised that people were getting excited.

But to argue that June 21st was the day “the country was assured would be the end to Coronavirus restrictions” would misrepresent the commitment made by Boris Johnson four months ago.

In fact, you only need to go to the Government’s website to see just how flexible the announcement was. The roadmap out of lockdown split the Government’s response into four distinct phases.

The final phase, known in Whitehall as Step 4, hoped to remove all legal limits on social contact and would “take place no earlier than 21 June”.

The openness of this statement ultimately positioned the Government to react and respond against any rampant strains of Covid-19. And unfortunately, that is the position we currently find ourselves in with the Delta variant.

Now, I do not want to delay lifting the restrictions. I want life, and I am sure the Government does too, to go back to some form of normality. I want to continue to support the hospitality industry after the nation is completely unlocked by buying a round at the Red Lion or the Marquis of Granby.

But the Government cannot unequivocally commit to any one date to end all forms of restrictions. As the Prime Minister said this evening, any proposed freedom date cannot “exclude the possibility … that there is some new variant that is far more dangerous that kills people in a way that we currently cannot foresee or understand”.

Instead, we need to face the facts.

In the space of no time at all, the United Kingdom has gone from having the lowest rate of coronavirus cases in the G7 to the highest, with cases growing by 64 percent a week. Whilst this has not thus far led to a surge in hospitalisations, the Government is right to be cautious and follow the scientific advice it has been given.

Now, in some good news, data from both the Pfizer and AstraZeneca vaccines shows that the jabs are more than 90 percent effective at preventing hospital admissions from the Delta variant.

The rapid roll-out of Covid vaccines, which has now seen more than 41 million Britons receive at least their first dose, means that as I write this, we are not in a lockdown.

This is not to deny, however, that restrictions have been imposed on our personal freedoms – they have. But I am not sure it would be fair to suggest that the 18,000 people who celebrated Raheem Sterling’s goal against Croatia at Wembley were in lockdown. Nor are the tens of thousands of people, myself included, who have popped to the pub or returned to their local restaurants.

Regrettably, the four-week delay will have negative effects on many sectors in the British economy, especially the hospitality sector. Nonetheless, if the scientific evidence suggests that one final push is needed to safely unlock the country, then it really is a no-brainer for the Prime Minister.

But Boris is of course a man who loves to be liked. I presume it should not go unnoticed, therefore, that public mood appears to back the Prime Minister’s call.

Rather than a nation of dissenters whose consent is on the verge of collapse, YouGov’s most recent poll found 71 percent of adults support the Prime Minister’s delay, whilst just 24 percent oppose it. This, in contrast to the divided country we have seen in recent years, also appears to indicate a degree of harmony between supporters of different political parties, genders, social classes and regions in England.

The only major division comes in age, where young people, aged between 18 and 24, are the least likely to favour the delay. However, even in this instance, the youngest group backed the delay by 54 percent to 34 percent.

To think, therefore, that the Prime Minister is pushing his political support to the absolute limit would arguably misread the public mood.

This Government has made plenty of mistakes during the pandemic, but there is little evidence outside of the Twittersphere or the anti-lockdown protests in London that opposition to the Prime Minister’s roadmap is expanding or emboldened.

Recent election results also shed light on the public mood, whilst counteracting the criticisms made by polling skeptics.

On Super Thursday, Laurence Fox’s anti-lockdown Reclaim Party received just 1.9% of votes in his bid for the London Mayoralty. His anti-establishment partners at Richard Tice’s Reform Party also failed to tap into any Conservative discontent. They salvaged just 2.4% of the vote in London constituencies and fell behind the Rejoin EU Party on the regional list.

Any evidence that the English public opposes the Government’s roadmap would surely see the Prime Minister’s party haemorrhage support to an insurgent party on the right.

Instead, as of last night, and days after rumours first circulated that the Prime Minister would postpone the freedom date, the Conservatives have registered their 98th consecutive lead in the opinion polls.

If the general public is unequivocally opposed to this delay, then it has a funny way of showing it.