Home Politics Is the Mayor of Manchester set to succeed Sir Keir Starmer? 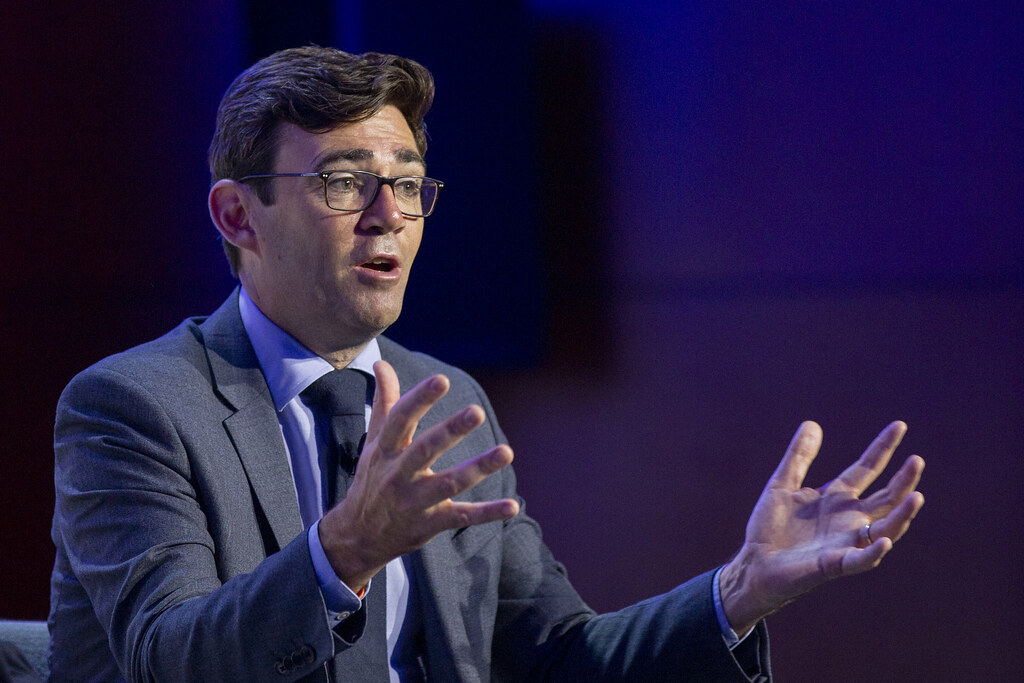 Throughout Jeremy Corbyn’s five-year stint as leader of the Labour Party, it was often said that had another MP won the race to succeed Ed Miliband, the party would have been 10 to 20 points ahead of the Conservatives.

But now, 445 days after Sir Keir Starmer took the red reins away from Corbyn, Labour finds itself in an equally disastrous position. It has been crushed at the Hartlepool by-election, lost more than 300 Councillors on Super Thursday and trailed Boris Johnson’s Conservative Party in the last 105 nationwide opinion polls.

Unfortunately for Southside, even after the Liberal Democrats’ shock by-election victory in Chesham & Amersham, there do not seem to be many candidates in Westminster who could turn around the Labour Party’s deteriorating fortunes.

There is one man outside of SW1, however, who has positioned himself as the Labour leader-in-waiting.

Andy Burnham, once a loyal footsoldier in Tony Blair’s New Labour project, has propelled himself back to the political frontline during the pandemic as Mayor of Manchester.

Formerly the MP for Leigh, a Red Wall seat that Boris Johnson painted blue during the 2019 General Election, Burnham served in Gordon Brown’s Cabinet as the Chief Secretary to the Treasury, Culture Secretary and finally as the Health Secretary.

Since Brown’s defeat in the 2010 General Election, Burnham has stood to be Labour leader on two occasions. In 2010, Burnham’s “aspirational socialism” agenda received just 8.7% of the support from Labour members, in a campaign overshadowed by the fraternal struggle between the two Miliband brothers.

Then, just five years later, Burnham yet again threw his hat into the ring for the Labour leadership. This time, in a much more successful campaign, Burnham finished with 19% of the vote, finishing in a distant second behind a rampant Jeremy Corbyn.

But after leaving the Commons and the Shadow Cabinet following the dissolution of Parliament in the run-up to the 2017 General Election, Burnham has returned to the political frontline as the combative and directly elected Mayor of Manchester.

So popular was the first Mayor of Greater Manchester that he won the first devolved election in 2017 with 63.4% of the vote. Just last month, when Labour suffered net losses across England, Burnham outperformed his party and increased his vote share by almost 4%.

Nonetheless, Burnham’s return to the political fore predates his victory on Super Thursday. Throughout Britain’s struggle against the coronavirus pandemic, the Labour Mayor of Manchester has taken on the Prime Minister over the limited financial support offered to local authorities in the tiered lockdown, locked horns with the First Minister of Scotland over the impact her intra-UK travel bans have had on the city’s hospitality sector and now even seems to be taking aim at the overly “cautious” strategy enacted by Starmer whilst Leader of the Opposition.

Unlike Starmer, who has struggled to reach outside of his socially liberal and Remainer voter base, there is even evidence to suggest that Burnham’s record at Churchgate House has cut through with the wider electorate. During Owen Jones’ visit to Batley & Spen, a group of Muslim voters who told a Guardian columnist they would leave Labour in their droves in the constituency’s upcoming by-election said they would definitely return to the Labour Party if it was under Burnham’s stewardship.

And this is not just a north of England phenomenon. Burnham now writes a column in the London-based Evening Standard and has even appeared in an episode of The Spectator‘s podcast. Nevertheless, and most telling for the Manchester Mayor, a recent Ipsos MORI poll found that 37% of Britons consider Burnham to be a capable candidate for Prime Minister, whilst just 26% do not think he has what it takes to enter Number 10.

In contrast, just 24% think Starmer has what it takes to be a good Prime Minister and almost half of the respondents suggested the current Labour leader was an incapable candidate. The only political figure who has more support amongst the general public is – unsurprisingly – Boris Johnson.

Unfortunately for Burnham, and even though the bookies’ odds are turning in the Mayor of Manchester’s favour, Labour Party rules prevent Burnham from contesting a potential leadership contest. Nevertheless, and with fears in Southside that a defeat at Batley & Spen could kickstart a coup d’état within Labour’s parliamentary ranks, there are already several paths Burnham could take to fight a leadership contest this summer.

One rumoured route for Burnham is to replace Graham Stringer, a 71-year-old eurosceptic MP, in the safe Labour constituency of Blackley & Broughton, which is again located in Greater Manchester.

Either way, we will have to wait and see what happens in Batley & Spen on 1 July before we can judge whether it will be third time lucky in Burnham’s third potential bid for the Labour leadership.