Home Editor's Pick There will be only one winner in a war between the Prime... 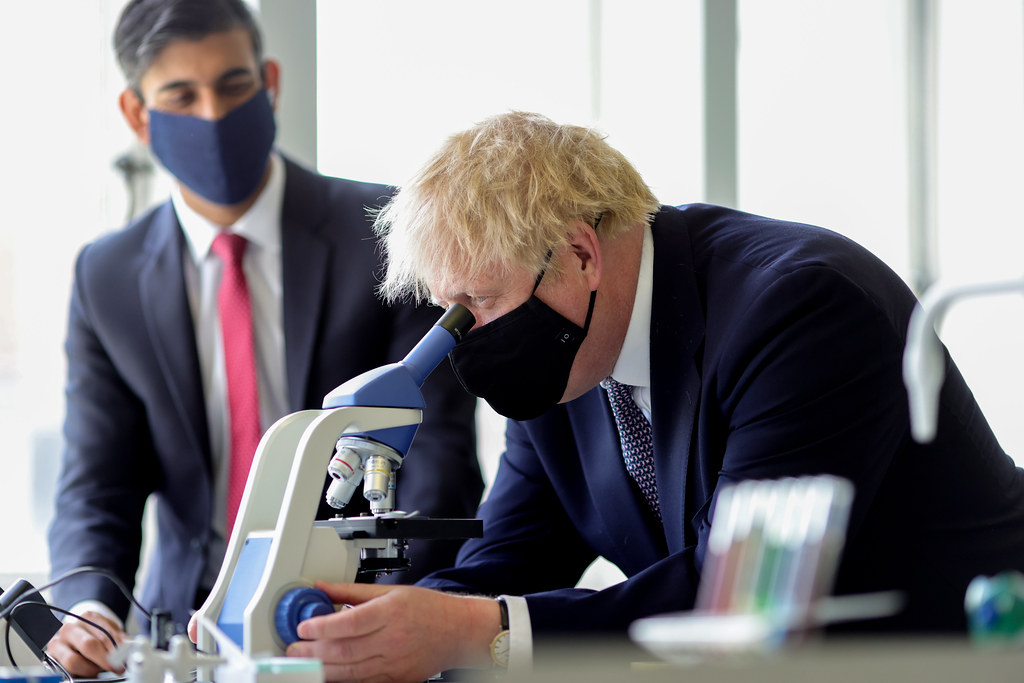 Downing Street has been on something of a war footing in recent months.

After building defences to protect the Prime Minister against the Dom Bombs deployed by his former Vote Leave colleague, Dominic Cummings, Number 10 leapt to the defence of their ‘Hands, Face, My Place’ ex-Health Secretary amidst a media storm, and was then forced to U-turn on whether Boris Johnson and Rishi Sunak should self-isolate after they had both been pinged by the Track and Trace app.

But now, the news from Westminster is that tensions between the Prime Minister and his Chancellor are on the rise.

Boris Johnson and Rishi Sunak are said to have disagreed on several key policy areas, including on Covid-holiday rules and spending proposals.

After a travel restrictions letter was leaked to the papers, the Prime Minister was even reported to have considered demoting his Chancellor.

Whilst Downing Street insiders insist this was a tongue-in-cheek comment, allies of Sunak have warned that demoting the Chancellor could be disastrous for the Prime Minister.

One MP said to The Times: “If he loses Rishi, he loses direction completely.”

“He would have the most likely contender to replace him on the back benches. He’s not going to take a demotion. That would be ridiculous,” they added.

Another Sunak ally told The Telegraph: “If he demotes him, he’s only signing his death warrant. There’s nobody else as good as Rishi.”

Whilst the residents in Number 10 and 11 are both political and literal neighbours, the fact that they have now started disagreeing with one another should come as no surprise.

Number 10 will be desperate to extract every ounce of political capital for a Prime Minister whose personal support has dipped.

But Number 11 will be more committed to keeping a tight control on the country’s purse strings.

And we mustn’t forget that Johnson has already sacked one Chancellor.

In 2020, just before the pandemic hit Britain, the Prime Minister replaced the current Health Secretary, Sajid Javid, at Number 11 with Rishi Sunak – then Javid’s deputy as Chief Secretary to the Treasury.

It has also been well-documented that tensions between Labour’s most successful Prime Minister, Tony Blair, and his eventual successor Gordon Brown were only exacerbated when the pair occupied the two most infamous houses on Downing Street.

In 2006, The Guardian reported how the Blairite-Brownite war had engulfed the Labour Party so much that the Chancellor’s team had exploited the Prime Minister’s weaknesses.

And even Margaret Thatcher struggled to maintain control of her men in Number 11.

Nigel Lawson, who was ideologically much closer to the Iron Lady than Sunak is to Johnson, landed a blow on Britain’s first female Prime Minister when he resigned as Chancellor over the influence of an anti-ERM economic advisor, Alan Walters.

But it would be later, during Thatcher’s downfall (Geoffrey Howe lived in Number 11 between 1979 and 1983), that a former Chancellor would finally stub the Tories’ most successful Prime Minister out.

Now, it is far too early to say how the Johnson-Sunak saga will escalate.

I am not here to claim that Johnson vs. Sunak will have anything on Blair-Brown or Thatcher-Howe.

But the truth is, Boris Johnson needs his Chancellor a lot more than Rishi Sunak needs his Prime Minister.

Sunak is the most popular Chancellor of the Exchequer since Denis Healey in 1978.

He is more popular than Boris with voters across the UK and even amongst arguably the most deceitful and deceptive electorate of all: Conservative MPs.

In fact, polling for The Times suggests the public now believes that Rishi Sunak would make a better Prime Minister than Boris Johnson.

Since the last Conservative Party leadership contest in 2019, in which the members emphatically backed Boris Johnson, almost 40,000 people have reportedly signed up to the Tory Party.

Painfully for the Prime Minister, a recent poll by Conservative Home not only found Johnson to be the fifth most unpopular Cabinet Minister, but also revealed that members consider the Chancellor as his natural successor in Number 10.

In this instance, the result of a potential war is clear.

Sunak could pose a long-term threat to Johnson and eat away at the Prime Minister on the inside as his heir apparent.

But the Chancellor undeniably bolsters public and parliamentary support for Johnson’s Government.

Every press conference, interview and appearance at the despatch box ultimately confirms in the public mind that the fresh-faced Chancellor has what it takes for the top job.

Axing Sunak would not only damage Boris in the polls, it would leave the Prime Minister vulnerable to a popular and competent insider hectoring away on the Tory backbenches.

I must admit, however, that this does not seem to be Sunak’s style.

Nonetheless, it could very possibly be the style of Johnson’s critics and the Chancellor’s allies.

With platoons possibly led by men ranging from the Covid Research Group’s Steve Baker to Sunak superfan Dominic Cummings, the Prime Minister could be derailed like so many of his Conservative predecessors.

One Johnson ally has given the Prime Minister a way of seeing off Sunak.

“The easiest way of Boris countering him”, they said, “is to build up more people in the next reshuffle.”

“You should never be left with only one heir apparent,” they added.

But can you think of any Tory MP on the backbenches who can seriously rival Sunak for the top job?

Even inside the Cabinet, I am struggling to think of anyone else remotely positioning themselves as a Prime Minister-in-waiting.

Whilst Liz Truss, the International Development Secretary, is the most popular Cabinet minister with Tory members, I am less than convinced that the general public consider her as competent as the shrewd Sunak.

But perhaps we can look to the Foreign Office, a path similar to the one Johnson walked to Downing Street, for the Prime Minister’s successor.

Unfortunately for Dominic Raab, although he successfully deputised for the Prime Minister when Johnson fought for his life after contracting Covid, the Liberal Democrats pose too much of a threat to his position in the pro-Remain seat of Esher and Walton for the Conservatives to consider him a serious leadership contender.

Even Michael Gove, who infamously derailed Johnson’s Tory leadership bid in 2016, has been ever so quiet in recent weeks.

So, Mr Johnson, before you consider pushing ahead against your Chancellor, I must warn you: this will not be the war to end all wars.