Home Politics The Liberal Democrats’ unexpected victory in Chesham and Amersham is another sign... 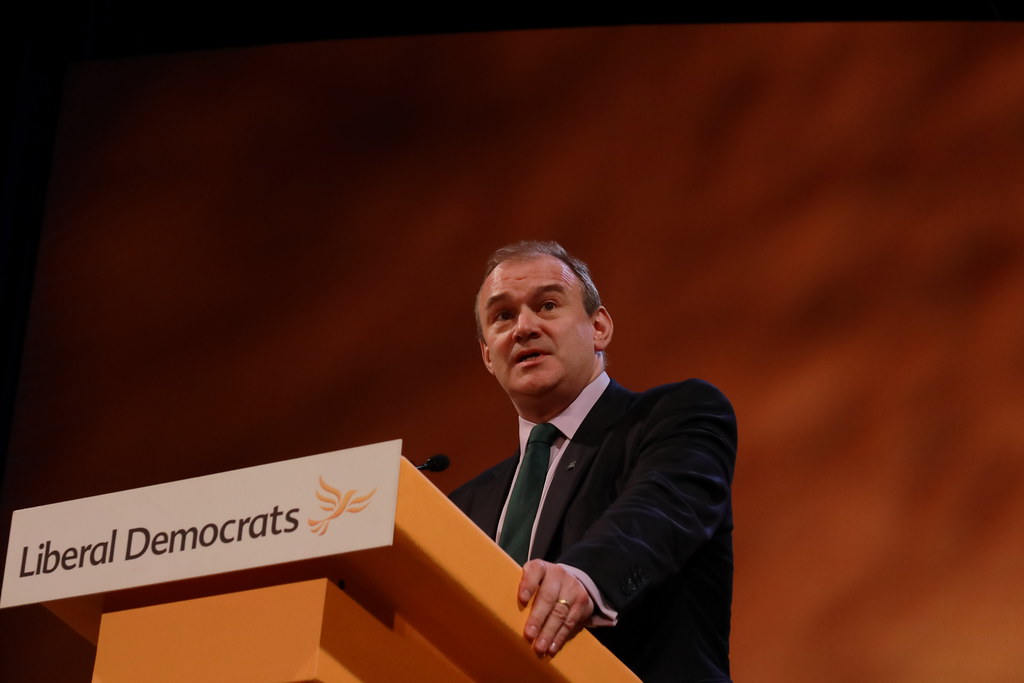 In the early hours of this morning, Sir Ed Davey’s Liberal Democrats smashed its first brick out of the Conservatives’ so-called Blue Wall in the Buckinghamshire by-election in Chesham & Amersham.

But now Davey has even claimed the Liberal Democrats’ by-election victory has “sent a shockwave through British politics”. By ousting Boris Johnson’s party in a constituency that was formerly considered to be one of the Conservatives’ safest in the country, the Liberal Democrats hope they can paint Remain-backing, socially liberal, shire seats in the south of England orange at the next General Election.

Initially, the reports in The Independent that internal party polling put the seat on a “knife edge” were laughed off by political pundits and journalists alike. Jim Pickard, the chief political correspondent at the Financial Times, was even forced to eat his own words after his polling day prediction failed to materialise.

So, how did the Liberal Democrats, with a swing of 25%, pull off one of the most shocking by-election victories since Ribble Valley in 1991?

Many political foot soldiers will point towards local issues in explaining the massive collapse in support for the Conservative Party.

The first, HS2, has proved an important issue for constituents in Chesham & Amersham throughout the by-election campaign.

The Liberal Democrat candidate promised residents she would be a “thorn in the side” of the Government’s high-speed rail network, despite the party’s commitment to the £106 billion project as recently as the 2019 General Election.

Whilst the Conservative candidate, similarly to his predecessor, Dame Cheryl Gillan, voiced his scepticism towards HS2, the Government’s decision to push ahead with the 330-mile-long railway line appears to have put off many Conservative voters in the Chilterns.

The second, concerns over proposed reforms to building houses in the Home Counties, has also been touted as a reason for why the Tories’ vote share dropped from 55% to just 35%, as Buckinghamshire was a county specifically affected by the proposals.

But these two local issues only tell one side of this story.

The by-election clearly witnessed mass tactical voting. Sir Keir Starmer’s Labour Party, who finished second in the seat under Jeremy Corbyn in the 2017 General Election, lost their deposit in their worst by-election performance ever.

However, whilst Labour received just 1.6%, the party was never really in this contest. The fact that many Labour supporters, including the party’s members, appear to have voted Liberal Democrat suggests that the Conservatives could be put in quite a precarious position if this was emulated across the nation at the next General Election.

The United Kingdom, particularly England, is currently continuing its political realignment. The northern Red Wall, as seen on Super Thursday and in Hartlepool, is becoming bluer and bluer. Counterveilingly, the Prime Minister’s grip on some of their traditional seats in the south of England appears to be getting looser and looser.

However, many pundits seem to misdiagnose the cause of this electoral transformation. Ailbhe Rea, a political correspondent at The New Statesman, argues that the swing followed “the gradual re-alignment of post-Brexit in action”. But such an assertion neglects the long-term shifts in southern England.

Last month, my research for Wolves concluded that Brexit itself was not the cause of the change. Rather, the 2016 referendum result was the symptom of a shift in British politics that started as early as 2005.

Nonetheless, pundits, including Rea, are right to point out that the realignment can help explain the scale of the Liberal Democrats’ victory.

And this is what will worry the Conservative Party.

At the last General Election, there were 79 constituencies where the Conservatives won, but the Liberal Democrats finished in second place.

In some of these seats, the Tories could even suffer a few Portillo moments in 2024. The Foreign Secretary, Dominic Raab, is one of the most vulnerable Cabinet Ministers, with a majority of just 2,743 in his Surrey seat of Esher and Walton.

This is not to say that the Conservatives will lose these seats at the next election. A vast majority of the Tories’ southern seats backed Brexit, and removing the local context will of course assist the Tory Party.

However, it is to say that Boris Johnson will have to task some CCHQ researcher with conducting electoral research on socially liberal shire seats, including Hitchin & Harpenden, for the first time ever.

The upcoming by-election in Batley & Spen will be a totally different beast to Chesham & Amersham. Nonetheless, even if the Tories do manage to pull off a somewhat surprising victory in the Yorkshire constituency, then the concerns about their southern seats will persist. How the Prime Minister intends to pivot in defence of his MPs in the Blue Wall, whilst speaking to his new Red Wall voters, remains to be seen.