Home Opinion Today’s Select Committee meeting was more than an attack on the Government;... 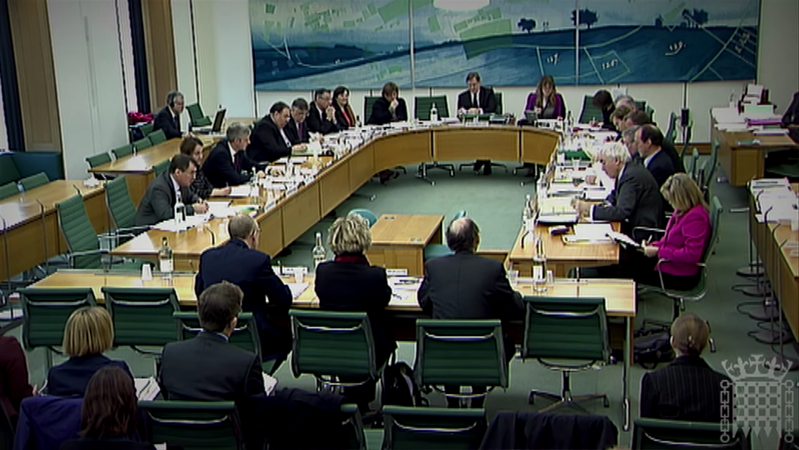 Since his departure from Number 10 in November 2020, the controversial former Chief Adviser to the Prime Minister has kept quite a low profile.

This morning, however, Cummings’ stint in political exile came to an end as Vote Leave’s former Campaign Director appeared before the Commons’ Science and Technology Committee in Portcullis House.

But Mr Cummings’ return to Westminster at 9am appeared somewhat different from his previous ventures to SW1. The architect of the Brexit vote, in contrast to what he wore during his Downing Street days, exited his London cab with a newfound fashion sense.

No more crumpled shirts or Levi hoodies, previously a point of contention for The Guardian‘s fashion section; instead Cummings sported a tucked-in and ironed shirt with his cuffs buttoned up and, of course, donned a protective face mask.

However, it was more than a mere change in appearance. In 2016, when Cummings faced down the Treasury Select Committee, the then-Vote Leave campaigner locked horns with MPs over the cost of the Single Market, the UK’s rebate to Brussels, and post-Brexit spending. Today, he was rather affable and importantly informative.

Subsequently, the line of questioning he received, even from Dawn Butler and Rebecca Long-Bailey, was far less confrontational than one might have assumed.

Even when he was asked about his widely publicised £40,000 pay rise, Cummings politely hit back by explaining that he had previously requested a pay cut for his work from the summer of 2019 until Boris Johnson’s victory at the ‘Brexit Election’.

Nonetheless, Cummings’ slight but admittedly noticeable post-Downing Street rebrand had not altered his long-standing desire to tackle Whitehall’s “dysfunctional” structures. It took no more than 10-minutes for the mask, albeit intentionally, to slip.

In response to one of the opening questions, Cummings explained that: “The Prime Minister came to speak to me the Sunday before he became Prime Minister and said would I come into Downing Street to try and help sort out the huge Brexit nightmare”.

“I said,” Cummings continued, “yes, if first of all, you’re deadly serious about actually getting Brexit done and avoiding a second referendum. Secondly, double the science budget. Third, create some ARPA-like entity. Fourth, support me in trying to change how Whitehall works”.

Undoubtedly, left-leaning opinion writers and the FBPE brigade, clouded by their continual spate of Brexit Derangement Syndrome, will lament the return of Boris Johnson’s former right-hand man. But, for all his faults, Cummings’ return highlighted the need for change in Westminster.

Nevertheless, the newspapers seemed to regard Cummings’ appearance as nothing more than a scathing attack on the Government, and most notably against Health Secretary Matthew Hancock.

Central to this argument were the comments made by the maverick ex-advisor that described how “in spring 2020, you had a situation where the Department of Health was just a smoking ruin in terms of procurement and PPE”.

This, Cummings added, led to the vaccine rollout being removed from Hancock’s remit and, in so doing, Sir Patrick Vallance and Boris Johnson removed the distribution of inoculations from the destructive red tape it would otherwise have been subject to.

Nonetheless, Cummings’ broadside shots should not be solely considered a swipe against his former colleagues. Instead, this is a part of a broader criticism of the “dysfunctional” system in Whitehall.

This was evident when Cummings asserted that the “shade of bureaucracy” in Whitehall made his science proposals, which offer them “extreme freedom” to compete with China, unlikely to be adopted.

Even in his criticisms of Hancock’s department, Cummings’ comments are covered by a wider crusade against the “procurement system that was created by the EU framework and gold-plated by Whitehall”.

Whilst Hancock was forced to bat away Cummings’ comments in his Downing Street press conference earlier this evening, the main concern for the Government will be if Cummings is invited, as he had offered, to clarify “all the crazy stories you hear in the media”.

And after re-watching his 2016 encounter with Andrew Tyrie, considering his work at the New Frontiers Foundation in the early-2000s, and his stint confronting the ‘Blob’ in Britain’s education system, it becomes even more evident that Cummings’ criticisms are a part of a wider crusade.

“When we vote Leave, it is only one part of a general process of national renewal that we need,” Cummings told the group of cackling but complacent MPs before the Brexit referendum.

Today was more than a critique of the Government – it was a reaffirmation of what Cummings has demanded for more than a decade.