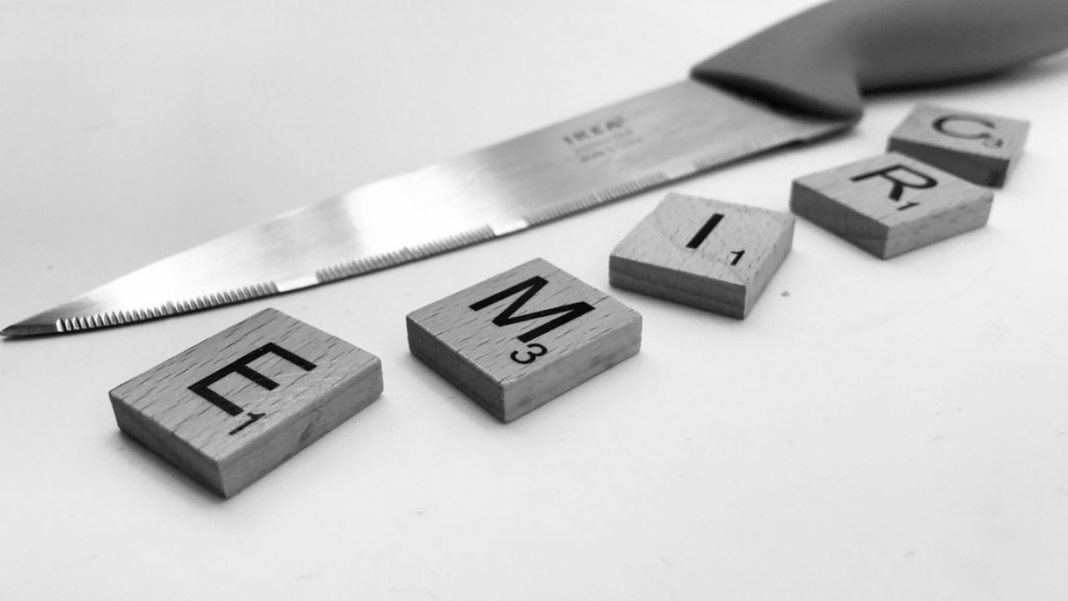 Knife crime is complex. Like all social ills, it is multi-faceted. But this does not stop people from demanding a simple solution or a silver bullet. News flash: one does not exist.

I have decades of experience working on the streets with young people, tackling youth crime and anti-social behaviour. I have trained police officers in youth and community engagement. I spent years based in police stations while I worked for a Council. I have advised the Prime Minister’s Policy Unit on several occasions. I have lectured and given presentations at conferences on related topics. I class myself as an expert in such matters.

I have seen knife crime first-hand. I was robbed at knifepoint while working in a shop as a teenager; the second time, they came back with a gun. My friend’s brother was attacked in the street at secondary school and ran home with a knife in his back. It had punctured his lung. My music teacher was stabbed 42 times in the chest by a disgruntled pupil. She survived. I have other stories involving weapons growing up on the streets of Manchester.

A decade ago, I took redundancy from a local Council and set up a charity to work on the streets with kids. My payout funded the charity until other funding could be secured. The charity is now a multi-award-winning endeavour. My team constantly saves the lives of young people involved in gangs and crime. We also stop the sexual exploitation and abuse of a handful of kids every year.

There are many reasons why young people carry knives. When I ask kids this question, they tell me it is for protection. They presume everyone else is carrying, so they must. In some instances, the reason is fashion. Knives have become a fashion accessory on some streets across the UK. Big ones, small ones, strange ones.

Kids are happy to show you their knife. You see the pride in their face. They have a status symbol. I once took a bread knife off a kid. It was 14 inches long and was taken from his kitchen at home. Impossible to stab someone with a bread knife. You could saw someone’s head off with it, but it would take a long time and be very messy. The knife was his status symbol. He had no intention of ever using it.

A factor in the increase of young people carrying knives is the lack of fear of being stopped and searched. Since 2014, there has been a dramatic reduction in the use of Stop & Search, as directed by the then-Home Secretary Theresa May. Stop & Search is a tool used to identify an individual carrying weapon, drugs, or stolen items. It is useless for reducing domestic violence or financial fraud. We need to use the best tools for the job when tackling crime.

The fear of randomly being searched by the police can in itself be a powerful deterrent – but only when enough people are searched and the word gets out to the local community. We know that the severity of punishment has little impact on offenders’ behaviour, but the perceived likelihood of being caught does. We do not need to hand out life sentences for possession. We need to catch more people and advertise it.

Most young people do not think they will be stopped and searched by the police unless involved in an incident. Most do not know anyone who has been. They have rightly concluded that the chance of being caught with a knife is almost zero – so no need to worry about what’s in their pocket or waistband.

Social media has scared many young people into carrying knives. They carry because they feel they have to. It is similar to the nuclear deterrent theory. If your enemy has the bomb, then you need the bomb – they cancel each other out. This sounds logical; countries use this thinking as the basis of their nuclear deterrent policy. Possessing a weapon is not the same as the willingness to use it. If you pull out a knife with no desire to use it, though, you have placed yourself in a very unpredictable situation. This action often does lead to people being stabbed with their knife.

Fatal stabbings are usually gang-related but not born of the out-of-date view of ‘drug turf wars’. They are disputes over a lack of respect or a perceived insult. In most incidents, the victim and offender know each other. To gain respect or notoriety, insults are thrown around online. A challenge – retribution is the answer. Young men are easily offended; it has always been so. Peer pressure to react to an insult is immense. Inaction leads to a reduction in status. This is the ‘thug life’ culture we have imported from the US. We promote it through music, fashion and TV. Young people are attracted to the lifestyle and act it out, as children often do. Duelling was the same issue several hundred years ago in the UK – pistols at dawn. How did we tackle this issue? I do not know, but it is worth investigating.

It is evident to me that we need to increase Stop & Search. I know this is politically sensitive and is used by race hustlers to promote division. But parents I have spoken to want the streets to be safe for their children. We police with consent in the UK. We have a police service, not a police force. Therefore, we need to include local people in this discussion and see what they want.

I would organise an official neighbourhood ballot to ask the community: do you want more or less Stop & Search? Let us give the choice to the people who live in that neighbourhood. Not the middle classes or the ‘woke’ who constantly bang on about civil liberties. Every year, we should let communities decide how they want their neighbourhood policed. The police are our servants – let us instruct them on what we require.

Over the long term, we need to address the inter-generational problem of failing families. We need a comprehensive programme of prevention and early intervention. We need to fix tomorrow’s problems today. We know who these families are – some have been troubled for generations. Ask any primary school teacher or local police officer – they know, it is not a secret. This will cost money and take decades. Problematic families can cost the taxpayer up to £345,000 per year, however. This figure is a combination of state benefits, the cost of services involved with the family and reacting to their anti-social behaviour. We need to change this culture of dysfunctionality. At the moment, all we do is react.

Many of our social problems are compounded by the loss of our collective sense of shame. We have no shame. Nothing is shameful any more. We are actively criticised if we attempt to shame someone for their behaviour. We go out of our way to make excuses for poor behaviour and remove all sense of personal responsibility. Societal shame is a tool to control damaging behaviour for the benefit of the community. There is always a risk that it can go too far and stifle individuality – a balance is sought. But a society with no understanding of right & wrong disintegrates.

I said it was complicated.

Council Memories: the case of the expensive picture frame – Nick...

I will end rough sleeping within my first year, or I...

We need to increase Stop & Search, but also ask local...