Home Analysis Cummings might sound bitter, but Number 10 should not underestimate a man... 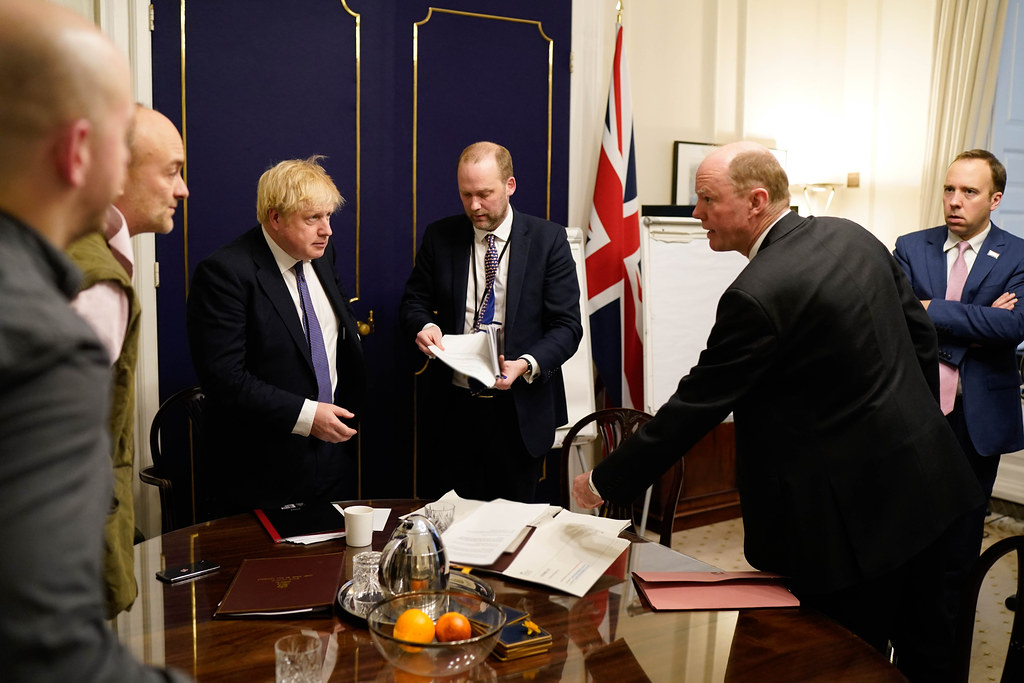 Yesterday, when Cummings appeared before the Commons Health, Science and Technology Committee, the former Chief Strategist at Vote Leave detonated some unsurprisingly hard-hitting ‘Dom bombs’ against his ex-colleagues in Number 10.

After apologising for his own involvement in the nation’s handling of the Covid-19 response, Cummings said that many of his colleagues were skiing when the Government should have been on a “war footing”.

“Tens of thousands of people died, who didn’t need to die,” added the ex-advisor.

But Cummings’ criticisms were not just levied against the Government. Specific individuals, including the Prime Minister, were singled out for falling “disastrously short of the standards that the public has a right to expect”.

He even claimed that Boris Johnson did indeed say that he would rather see “bodies piled high” than enter the autumn lockdown.

Possibly the hardest-hit minister was Matthew Hancock, who he called a “liar”. The harshest ‘Dom bomb’ aimed at the Health Secretary was undoubtedly the suggestion that Hancock should have “been fired for at least 15 to 20 things”.

The Prime Minister’s fiancée, Carrie Symonds, was also a topic of Cummings’ confrontation.

There had been rumours for some time that Johnson’s former right-hand man was dismissed from Number 10 following a power struggle between Carrie’s crew and the Vote Leave gang, but subsequent blog posts, including the accusation that Symonds encouraged Johnson to halt an inquiry into the lockdown leaker over fears that it would out her friend, Henry Newman, and Cummings’ most recent appearance at Portcullis House, suggest that the pair indeed remain far from civil.

Yesterday, Cummings even claimed Symonds was “going crackers” about an article in The Times concerning Dilyn the dog, whilst Number 10 was grappling with how to respond to the outbreak of the pandemic and Donald Trump’s potential bombing campaign in the Middle East.

He then also suggested his resignation “was definitely connected to the fact that the Prime Minister’s girlfriend was trying to change a whole bunch of different appointments at Number 10 and appoint her friends to particular jobs”.

Nevertheless, Cummings’ account should not be considered without caution.

The Telegraph has listed several examples of Cummings’ hypocrisy and other flaws in his evidence.

The paper highlighted how Cummings did not have a leg to stand on when it comes to leaking, for example.

But the most significant issue for Cummings revolved around his accusation that the Government had a lacklustre response to the pandemic.

He claimed that Johnson considered it to be “the new swine flu”, but this would fly in the face of the Government’s measures on February 11 for hospitals to build emergency isolation facilities and Hancock’s subsequent statement that it “will get worse before it gets better”.

And yet all of this might come to nothing.

In the last 15 months, Johnson’s Government has been hit by a series of disasters, much exacerbated by the other incendiary grenades hurled by Cummings.

Following accusations that Cummings was Downing Street’s ‘chatty rat’ leaker, the former Number 10 advisor took to Twitter and his blog to hit back against the Prime Minister’s spokesman.

Nonetheless, despite his previous sniping from the sidelines, the elections held on Super Thursday resulted in a great success for Johnson, with the Tories making gains across England, increasing their representation in Wales and retaining their position as the opposition party in Scotland.

Number 10 will also be buoyed by the recent YouGov poll that highlights how the British public may spend even less time concentrating on Cummings’ confrontation than they did on the Prime Minister’s ‘cash for curtains’ squabble.

The poll, which was conducted for The New Statesman, not only demonstrated that voters have significantly more confidence in the Government’s handling of coronavirus now compared to when Cummings worked in Number 10, but also that the public have more trust in the Prime Minister than they do in his former aide.

To think, however, that Cummings’ clashes with Carrie and Boris will not reverberate around SW1 would be to underestimate the beast that delivered the Vote Leave victory and Boris Johnson’s success in the 2019 General Election.

This time, however, there is no political campaign.

This is not Vote Leave against Britain Stronger in Europe, or even Johnson’s Conservative Party against a Labour Party led by Jeremy Corbyn as in 2019.

Rather, Cummings has at stake his own, albeit tarnished, reputation.

We must, however, err on the side of caution when listening to Cummings’ testimonies. He has a significant axe to grind and appears to have burnt all of his bridges behind him following his departure from Number 10.

But given that only a fool would underestimate a man with nothing to lose, Cummings’ most recent appearance before the Commons Select Committee Meeting should also serve as a warning both to Boris Johnson and a majority of those in the Conservative Party.

In this instance, the radical Cummings, who has proudly proclaimed that he has never been a Tory Party member, can go all-in.

He can post his photos of Downing Street whiteboards on his Twitter feed; he can lambast Ministers under pressure including Matthew Hancock; and he can even persist in badgering Carrie and her crew.

And if recent reports in The Daily Mail about the ex-aide having audio recordings are even remotely true, then Cummings may just be drip-feeding concerns about the Prime Minister and his team – especially against Matt Hancock.

However, some Tory politicians might be less inclined now to see Cummings go quietly.

He defended Chancellor, Rishi Sunak, over suggestions he opposed the March lockdown and complimented the Foreign Secretary, Dominic Raab, for his stint deputising for Johnson when the Prime Minister was hospitalised with coronavirus.

However, possibly the most pleased of all will be the Chancellor of the Duchy of Lancaster, Michael Gove, who previously worked alongside Cummings at both the Department for Education and Vote Leave.

Whilst Gove’s colleagues in the Cabinet Office were berated by Cummings for being ‘terrifyingly sh*t’, Gove was barely mentioned in his marathon seven-hour appearance before the Select Committee.

Cummings even appeared to paraphrase Gove’s comments about Johnson from the 2016 Conservative leadership race, when he answered with a simple “no” to Labour MP Sarah Owen’s question on whether the Prime Minister was “a fit and proper person to get us through this pandemic”.

This, then, may not be the end of the Cummings-Johnson war, but perhaps just the beginning.