Home Analysis The Forgotten Election: How the Senedd race may unfold in Wales 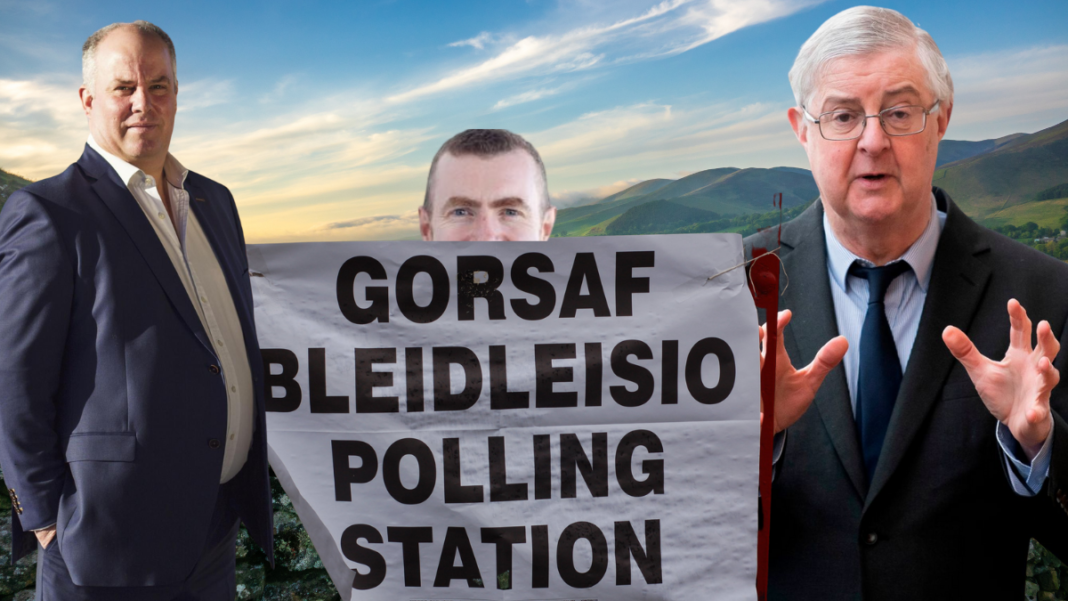 There are now less than thirty days to go until millions across Great Britain will be able to vote in local, Mayoral and devolved electoral contests.

Whilst the Machiavellian Holyrood campaign and box office race for City Hall continue to dominate the column inches and newspaper reports, there is another vote on these islands that political commentators are finding much harder to predict.

In Wales, a nation that has voted Labour in every general and devolved election since 1922, there are now three parties registering between 20 and 35 percent in the Welsh opinion polls.

Gone are the days when Peter Mandelson, the guardian of New Labour, could declare: “The people of south Wales will always vote Labour because they have nowhere else to go.”

In fact, following the 2019 election, which was the Tories’ best General Election performance in Wales since 1983, the Welsh Conservatives managed to overtake Labour in both the constituency and regional opinion polls.

Unlike the Remain-backing Celtic corners of the United Kingdom, Wales undoubtedly became more receptive to Johnson’s Conservatism because of their joint support for Brexit.

Nonetheless, with the European issue put to bed, it is surprising that Wales, a nation that was once seen as a bastion for socialist politics, could still be on an electoral knife-edge.

In mid-March, even though First Minister Mark Drakeford is more popular than Boris Johnson, Labour’s lead over the Tories collapsed, with the two parties neck-and-neck amongst respondents in Westminster voting intention.

In the Welsh Parliament, however, Labour continues to register narrow leads in the constituency and regional ballots of between two and three percent.

Plaid Cymru, who promise to hold an independence referendum by 2026, trail behind the Conservatives in third by six to seven points.

If these numbers are emulated on polling day, then Labour will lose seven seats to return 22 Assembly Members.

The Conservatives will increase their representation from 11 to 19, and Plaid Cymru will gain four seats with 14 AMs elected.

No party, therefore, is expected to command a majority in Cardiff Bay in its own right.

It might be possible for Drakeford and Plaid Cymru’s Leader, Adam Price, to rekindle the coalition forged between the two parties between 2007 and 2011 and form a government that way.

However, Price has ruled out returning to the 2007 agreement if it meant that Plaid Cymru would be a junior partner in a coalition.

In 2016, the then-Welsh Labour leader Carwyn Jones entered his 29 AMs into a de facto electoral partnership with the one elected Liberal Democrat and the former Plaid Cymru independent politician Dafydd Elis-Thomas.

It is unlikely, however, that this can happen again. Labour’s drop in support has not resulted in any polling benefit for the Liberal Democrats. The party is expected to return just one AM.

So, what about the Conservatives’ chances of forming a government?

Frankly, they are slim to none.

Andrew RT Davies’ party would need to find an additional eleven seats to push them over the 30 AMs needed.

The party leader has refused to rule out an electoral pact with the relatively new Abolish the Welsh Assembly Party.

The Abolish Party, which received 4 percent of the vote in 2016, is expected to return as many as 4 AMs in May. This would not be enough for the Conservatives to enter government.

On April 29, BBC One Wales will host a debate between the leaders of Welsh Labour, the Welsh Conservatives, Plaid Cymru, the Liberal Democrats and – after some criticism – the Abolish the Welsh Assembly Party.

This has prompted some demands for Anthony Slaughter, the leader of the Green Party in Wales, to join the debate stage later this month.

Whilst it may be pretty clear that Labour and Plaid Cymru will have just enough support to form a coalition government in Cardiff Bay, we must wait and see just how close the Conservatives can run Drakeford’s party come polling day.

This may be the forgotten election, but it is nonetheless an exciting one.

Is the Tory ‘Blue Wall’ really starting to crumble?

Cummings might sound bitter, but Number 10 should not underestimate a...